Miranda Rights and Amendment XI of the Constitution


Ben Barrack sends us an interesting observation. Consider, first, the recent article by The Weekly Standard's Stephen Hayes, which describes the Administration's secretive move to Mirandize terrorists captured on the battlefield in Afghanistan.

Tenet is right, it’s a good thing KSM was captured before Barack Obama became president. For, the Obama Justice Department has quietly ordered FBI agents to read Miranda rights to high value detainees captured and held at U.S. detention facilities in Afghanistan, according a senior Republican on the House Intelligence Committee. “The administration has decided to change the focus to law enforcement. Here’s the problem. You have foreign fighters who are targeting US troops today – foreign fighters who go to another country to kill Americans. We capture them…and they’re reading them their rights – Mirandizing these foreign fighters,” says Representative Mike Rogers, who recently met with military, intelligence and law enforcement officials on a fact-finding trip to Afghanistan. 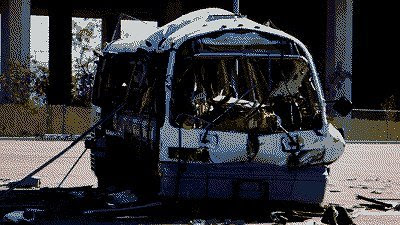 Rogers, a former FBI special agent and U.S. Army officer, says the Obama administration has not briefed Congress on the new policy. “I was a little surprised to find it taking place when I showed up because we hadn’t been briefed on it, I didn’t know about it. We’re still trying to get to the bottom of it, but it is clearly a part of this new global justice initiative...”

...“The problem is you take that guy at three in the morning off of a compound right outside of Kabul where he’s building bomb materials to kill US soldiers, and read him his rights by four, and the Red Cross is saying take the lawyer – you have now created quite a confusion amongst the FBI, the CIA and the United States military. And confusion is the last thing you want in a combat zone.”

Note that Rogers, who is on the House Select Committee for Intelligence, only found out about this outrageous and unprecedented procedure because he was visiting Afghanistan. He found CIA and FBI officers astonished and confused at the conundrum posed by Obama: are we fighting a war or enforcing American laws?

In one case you level a building with a Tomahawk; in another you serve a warrant.

And this is worse than a return to a pre-9/11 mentality. It is instead endemic of a virulent anti-American agenda; one ordered and directed by groups like the ACLU.

Now back to Ben Barrack, who emailed us the following note.
As you read the Eleventh Amendment of the Constitution, think about the Obama Administration granting Miranda Rights to Islamic Terrorists.

Perhaps an attorney can explain the dichotomy.