Was His Birth Foretold?

A paradigm some teachers use for wrestling literature into submission is a checklist for heroes. Students may not see many of the different strata of a great story. They might miss the symbolism or the message or how the story applies to their own lives or the lives of others. Now I'm not necessarily endorsing the checklist (often called the Monomyth as laid out by Joseph Campbell), and I'm certainly not saying it's the only way to get the most out of the layers of stories that twang something deep inside us but we can't quite articulate why they do so. Generally, though, stories of heroes which last from generation to generation tend to deal with many of the issues in this list: 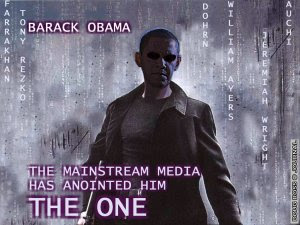 Think about it in terms of significant figures from history, and it after a while you begin to say, "Yeah, yeah... I see that. Yeah, it's just like Jesus, or King Arthur, or..."

Read the rest at Denny's place.

at 9:54 PM
Email ThisBlogThis!Share to TwitterShare to FacebookShare to Pinterest
Labels: Obama, Water-cooler

This is a great post Dmitry. I just had one of the ‘Doh!’ moments and ran back to correct my own site before publishing my comment. You see my own comment form did not match what I’m about to advise. I get less comments than you, so never noticed any problem. I’ve changed it now anyway so here goes.