Our resident health care guru, an industry insider who uses the handle "Mister R.", hasn't forgotten about us. Ironically, he's been battling his own health issue but stopped by long enough to relay the following observations regarding ABC's health care infomercial.

Obama is pushing the "competition", like the battle for market share will be on an even playing field.

However, Obama is trying to stack the field to be so tilted that the private insurers will start their inning with two outs and no men on base, while Obama starts with no outs and the bases loaded. 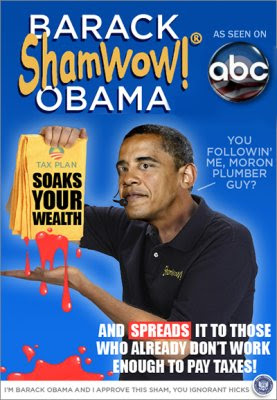 1. How much do doctors and providers get reimbursed?

2. Does it differ by region? In other words, do you pay a doctor the same in New York City than one in Great Bend, Kansas?

3. How is fraud detected in the system?

4. Will doctors and providers be forced to participate?

5, Who manages the network?

6. Who ultimately decides the level of care?

7. Who adjudicates the claims?

8. Is the public option supported by taxes, premiums or both?

9. How is it that private insurers cannot do business across state lines but the federal government can (private insurers must file with each state and abide by that states rules and regs. Businesses that have several locations in the country must participate in a plan in the state in which the business is domiciled)?

10. Will the public option abide by each states mandates?

This is just for starters. I see Obama is considering taxing health care benefits and everyone who makes over $100,000 to fund the plan.

That is pretty ironic: the left pushes health care as a right, but if you have a private insurance plan, the government wants to tax your "right". Nothing surprises me anymore.

I view number 9 as one of the most critical questions.

As for ABC -- the All-Barack Channel -- I predict a ratings slide into oblivion. What happened to news organizations that reported the news? So far as I can tell, there's only one real television news organization left.