Democrats' "tax cut for 95 percent of all working Chinese"


Nancy Pelosi, Henry Waxman and similarly-inclined Democrats in the House are rushing forward with the ill-named "American Clean Energy and Security Act", better known as "Cap-and-Trade". Its target date for introduction is Friday. 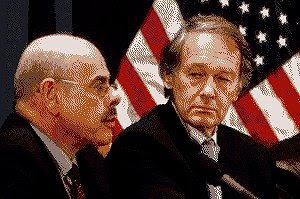 The bill would "result in the most massive bureaucratic intrusion into the lives of Americans since the creation of the Internal Revenue Service." 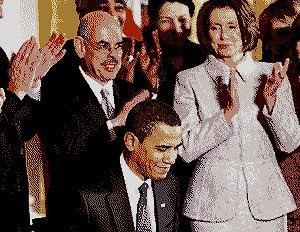 It grants the Environmental Protection Agency extraordinary new regulatory powers over every business and individual in the United States. The EPA, an unelected and unaccountable cadre of bureaucrats, would become a fourth branch of government.


The bill would cost every working family in America over $3,900 annually. It would hurt seniors, the urban poor and the unemployed hardest. So much for a "tax cut for 95% of working Americans". In fact, the new taxes are so outrageous that Democrats hope to use the "Stimulus" approach: slam a 1,000-page document on the desk and rush the bill through before it's even been read.

Both sides of the aisle are disgusted with the approach. Liberal blogger Matt Stoller ("The Cap-and-Trade Scam") complains that a similar system, used in Europe, is an utter failure.

Given these numerous drawbacks, cap-and-trade’s principal justification appears to its political feasibility. Many environmental activists assume that a global cap-and-trade program is more achievable politically than global carbon taxes, because most of the world agreed to Kyoto and most people resist higher taxes... 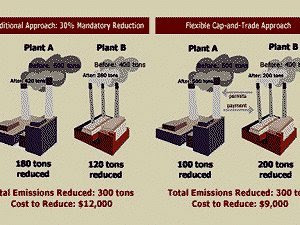 ...numerous analyses of Kyoto have found that it would have very little effect on climate change even over a 60-year period; and the first effort to apply it in an enforceable way, the European Emissions Trading Scheme, is expected to have virtually no effect on emissions.

Furthermore, the bill ignores the real polluters. The federal government is effectively punishing its own citizens -- already among the cleanest of industrialized countries -- and forcing its businesses offshore.

The Democrat Tax-and-Kill proposal does nothing to address the real air pollution issues, which are global in scope.

Satellite data indicates that Beijing, China is the "air pollution capital of the world."

The World Bank has warned China is home to 16 of the Earth's 20 most air-polluted cities.

The World Resources Institute reports that, "air pollution in some Chinese cities is among the highest ever recorded, averaging more than ten times the standard proposed by the World Health Organization... In Beijing, 40 percent of autos surveyed and 70 percent of taxis failed to meet the most basic emission standards."

USA Today reports that, "[d]ecades of... pollution have allowed industrial poisons to leach into groundwater, contaminating drinking supplies and leading to a rash of cancers, residents say. In this village, where the air has a distinctive sour odor, the rate of cancer is more than 18 times the national average. In nearby Liukuaizhuang, it's 30 times the national figure..."

AFP discovered that an internal Chinese government report found that nearly half a million persons die per year from pollution. Experts believe that, "China's rapid industrialization is leading to increasing environmental damage, with air pollution likely to rise five-fold in 15 years at the current rate." 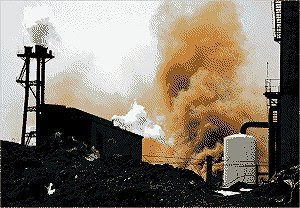 In fact, China is building two or more coal plants per week. Any cuts that the U.S. government would inflict on its helpless citizens would be minuscule in comparison to China's growth using fundamentally dirty and unregulated technologies.

Iran is another interesting case. Its pollution problems are visible throughout the capital city of Tehran.

In a single year, 10,000 people have died from pollution-related causes in that city alone.

These cold, hard facts beg the question: why "Cap-and-Trade" if its effects would be meaningless? Consider the beneficiaries of this massive new tax -- the largest single tax program in world history.

Ms. Boxer expects to scoop up auction revenues of some $3.32 trillion by 2050. Yes, that's trillion. Her friends in Congress are already salivating over this new pot of gold. The way Congress works, the most vicious floor fights won't be over whether this is a useful tax to create, but over who gets what portion of the spoils. In a conference call with reporters last Thursday, Massachusetts Senator John Kerry explained that he was disturbed by the effects of global warming on "crustaceans" and so would be pursuing changes to ensure that New England lobsters benefit from some of the loot.

...$802 billion would go for "relief" for low-income taxpayers... There's also $190 billion to fund training for "green-collar jobs," which are supposed to replace the jobs that will be lost in carbon-emitting industries. Another $288 billion would go to "wildlife adaptation," whatever that means, and another $237 billion to the states for the same goal. Some $342 billion would be spent on international aid, $171 billion for mass transit, and untold billions for alternative energy and research – and we're just starting.

Ms. Boxer would only auction about half of the carbon allowances; she reserves the rest for politically favored supplicants. These groups might be Indian tribes (big campaign donors!), or states rewarded for "taking the lead" on emissions reductions like Ms. Boxer's California. Those lucky winners would be able to sell those allowances for cash. The Senator estimates that the value of the handouts totals $3.42 trillion. For those keeping track, that's more than $6.7 trillion in revenue handouts so far.

The bill also tries to buy off businesses that might otherwise try to defeat the legislation. Thus carbon-heavy manufacturers like steel and cement will get $213 billion "to help them adjust," while fossil-fuel utilities will get $307 billion in "transition assistance." No less than $34 billion is headed to oil refiners. Given that all of these folks have powerful Senate friends, they will probably extract a larger ransom if cap and trade ever does become law.

In these turbulent economic times, Democrats and Barack Obama will propose to increase the price of gas, outsource millions of jobs to overseas providers, and create a massive new bureaucracy funded by your (additional) tax dollars.

The American Consumer (PDF) summarizes the scam known as "Cap-and-Trade".

By creating tradable financial assets worth tens of billions of dollars for governments to distribute among their industries and plants and then monitor, a global cap-and-trade program also introduces powerful incentives to cheat by corrupt and radical governments. Corrupt governments will almost certainly distribute permits in ways that favor their business supporters and understate their actual energy use and emissions.

"Cap-and-Trade" is sheer lunacy. Or, in the words of the UK's Telegraph: it is "economic suicide". Waxman-Markey's Cap-and-Trade bill must be stopped.

Call Your Representative Now
Call (202) 224-3121 and tell your representative to reject cap-and-trade or you will ensure he or she is voted out next year. The election is little more than 15 months away. Call now, later tonight, tomorrow and on Friday.

The stakes are too high to ignore.