Well, he didn't actually call it 'Robocop's Rail Gun'. The official name of the student's project is a "Bolt-action coil gun".

I had a fairly good shop program in high school (what's up, Tumwater T-Birds!). Instead of making rickety chairs for our mothers to injure themselves on, or fire-prone wooden ashtrays, our class concentrated on technology. That's where I got to play with my first industrial laser, built my first robotic arm, and designed my first circuit board. It was pretty great. 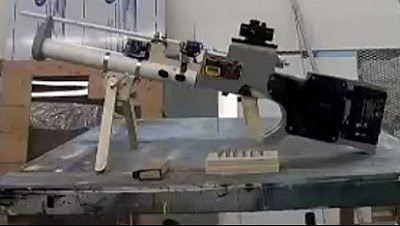 But not as great as the work of this kid, who, as a side project, built a six-round, bolt-action, high-powered coil gun. For those who don't play video games, a coil gun is an electronic weapon that uses a series of magnetic coils to accelerate a magnetic projectile--like a bullet--to a fast, destructive speed. 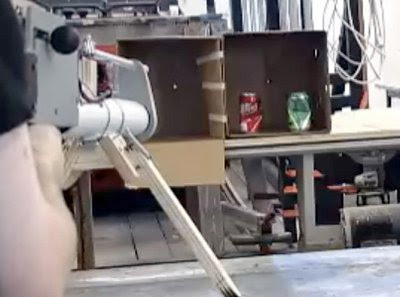 We're not sure what school this kid goes to, but that's not important. What we'd like to know is: which teacher signed off on the project that was likely titled "Making a magnetic silent death device"?

TechEBlog has a video of the magnetic silent death device in action.

I'll bet the DOD is already recruiting this kid.

at 7:38 PM
Email ThisBlogThis!Share to TwitterShare to FacebookShare to Pinterest
Labels: Firearms, Scitech