National Security: As the media praised the president for sending two B-52s through disputed air space claimed by China, the administration instructed U.S. airlines to get approval as demanded from the Chinese government. 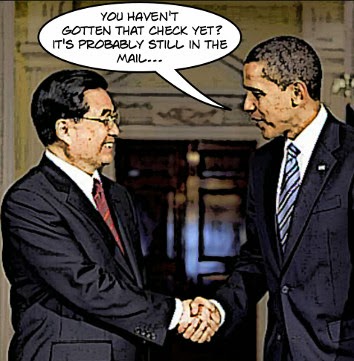 After China declared an Air Defense Identification Zone (ADIZ) in the East China Sea encompassing the Japanese Senkaku Islands, two U.S. B-52s flew through the claimed air space without informing Beijing. It was an appropriate response.

Not so appropriate, however, was the Obama administration's instructions to U.S. carriers that they accede to China's demands for prior notification.

China announced last week that all aircraft entering the zone over the East China Sea, an area two-thirds the size of Britain located between China, Taiwan, South Korea and Japan, must notify Chinese authorities beforehand, and that it will take unspecified defensive measures against those that don't comply.

The Japanese government, bristling at this infringement of its sovereignty, instructed its carriers not to comply with China's demand. In contrast, the New York Times reports, administration officials said they made the decision to urge civilian planes to adhere to Beijing's new rules in part because they worried about an unintended confrontation.

Unintended confrontation? China's move was carefully planned and its move to control the air space over and around the Senkaku Islands is no accident but part of a plan to project power far beyond its coastal waters.

United, American and Delta have said they have begun notifying Chinese authorities of flight plans when traveling through China's ADIZ in response to the Obama administration's request.

This is a slap in the face to Tokyo. And since Japan has refused Beijing's demand, just how does the administration's capitulation end the risk of confrontation? As China's power grows, so will its assertiveness.

Tokyo rightly fears that complying with the rules would add legitimacy to Chinese claims to the islands that sit below the now-contested air space. And these aren't the only islands within the scope of Beijing's territorial ambitions.

As we've noted, China has also laid claims to the Spratly Islands in the South China Sea and has conducted nine incursions into territory claimed by the Philippines. Beijing's goal is to secure the waters from Japan's home islands through Taiwan and to the Strait of Malacca, encompassing the South China Sea.

Beijing has also taken note that Obama administration bluster in foreign affairs is just that: pro-forma bluster. It watched as the president threw Saudi Arabia under the bus over Iran, loosening sanctions and allowing its nuclear and missile programs to continue without meaningful disruption.

It watched as President Obama drew repeated "red lines" regarding Syria and its use of chemical weapons and then did nothing except to hand the Russians and Vladimir Putin a diplomatic victory.

Beijing does not take seriously another "red line" in the East China Sea, especially when the administration says it does not accept China's zone even as it asks U.S. airlines to comply with it.

China has launched its first stealth drone, known as Sharp Sword, and is developing indigenous aircraft carriers. Its "Two-Ocean Strategy" is based on a goal a fleet of five or six carrier battle groups. It has deployed land-based road-mobile carrier-killing missiles to attack approaching U.S. carrier battle groups. It intends to confront the U.S. in the Western Pacific.

The Senkaku Islands, a group of uninhabited rocks that sit atop potential oil reserves, offer a perfect opportunity for Beijing to test the resolve of the Obama administration. So far, all we've heard from the White House is an uncertain trumpet following a series of foreign policy failures.

Buh Bye Taiwan, nice to know ya.
W got his plane back in pieces.
Barry doesn't give a damn what peace is. We need an aborted Presidency with a President in exile. It is them or us; Barry's excursion into coprophilia is patently un-American.