Mitigating Mumbai and the importance of 'Active Shooter'


A summary of an excellent article by Fred Burton and Scott Stewart of Stratfor Research:

On Jan. 8, the U.S. Senate Committee on Homeland Security and Governmental Affairs heard testimony from a number of experts about the lessons learned from the Nov. 26 Mumbai attack. According to Sen. Susan Collins (R-Maine), the Mumbai attack deserves attention because it raises important questions about the plans of U.S. authorities to prevent, prepare for and respond to similar attacks directed against targets in the United States. 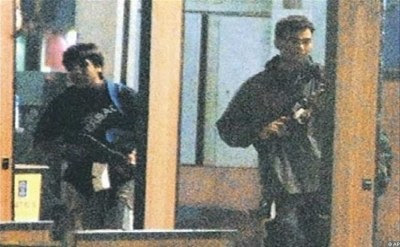 As we’ve previously pointed out, the tactics employed in the Mumbai attack were not new or remarkable, although the attackers did incorporate some tactical innovations due to their use of modern technology. As shown by a long string of historic terror attacks, armed assaults can be quite effective. There are a number of factors, however, that would reduce the effectiveness of a similar attack inside the United States or many Western European countries.

Armed assaults employing small arms and grenades have long been a staple of modern terrorism. Such assaults have been employed in many famous terrorist attacks conducted by a wide array of actors, such as the Black September operation against the Israeli athletes at the 1972 Munich Olympics; the December 1975 seizure of the Organization of the Petroleum Exporting Countries headquarters in Vienna, Austria, led by Carlos the Jackal; the December 1985 simultaneous attacks against the airports in Rome and Vienna by the Abu Nidal Organization; and even the December 2001 attack against the Indian Parliament building in New Delhi led by Kashmiri militants.

In a particularly brutal armed assault, a large group of Chechen militants stormed a school in Beslan, North Ossetia in September 2004, taking more than 1,000 hostages and booby-trapping the school with scores of anti-personnel mines and improvised explosive devices. The attack, standoff and eventual storming of the school by Russian authorities after a three-day siege resulted in the deaths of more than 320 people, half of them children... 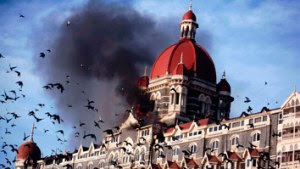 ...When viewed as a part of this historic trend, perhaps the most revolutionary aspect of the Mumbai attacks was the assailants’ use of modern technology to assist them with planning the attack and with their command, control and communications during the execution of their operation. Technology not only assisted the Mumbai attackers in conducting their preoperational surveillance, it also enabled them to use satellite imagery of Mumbai and GPS receivers to reach their assigned landing spots by water and move to their assigned attack sites...

Modern technology also allowed the tactical commanders and even individual team members to use satellite and cell phones to place calls to their strategic commanders in Pakistan, as demonstrated by some of the chilling audio captured by the Indian government. In transcripts of some of the conversations released by the Indian government, an unidentified commander reportedly exhorted the exhausted militants at the Nariman House to continue fighting. In another conversation, an off-site commander allegedly ordered the militants holed up in the Oberoi Hotel to kill their non-Muslim captives. From the transcripts, it is also apparent that the commanders were watching news coverage of the siege and then passing information to the attackers on the ground.

In the past, when a facility was seized, police tactics often called for the power and phone lines to be cut off to limit attackers’ ability to communicate with the outside world. Such measures have proven ineffective in the era of cell phones and portable satellite communications. 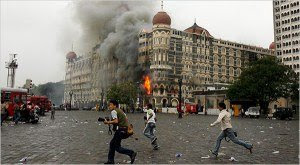 In fact, as we’ve previously pointed out, Cho Seung Hui killed more people with handguns in his attack at Virginia Tech than Jemaah Islamiyah was able to kill in Jakarta, Indonesia, in the August 2003 bombing of the Marriott Hotel and the September 2004 bombing of the Australian Embassy combined. Clearly, armed assaults pose a threat...

...The overall tactical ability of the average street cop is important. While most large police departments in the United States have very skilled tactical units, such as the New York Police Department’s Emergency Services Unit, these units may take time to respond to an incident in progress. In the case of a Mumbai-style attack, where there are multiple teams with multiple attackers operating in different areas of the city, such units might not be able to tackle multiple sites simultaneously. This means that like in Mumbai, street cops probably not only will have the first contact with the attackers, but also might be called on to be the primary force to stop them. 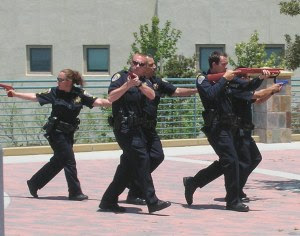 In the United States, local police would be aided during such a confrontation by the widespread adoption of “active shooter” training programs. Following a series of attacks including the highly publicized 1999 Columbine school shooting, it became apparent that the standard police tactic of surrounding an attacker and waiting for the SWAT team to go in and engage the shooter was not effective when the attacker was actively shooting people. As police officers waited outside for backup, additional victims were being killed. To remedy this, many police departments have instituted active shooter programs.

While the details of active shooter tactical programs may vary somewhat from department to department, the main idea behind them is that the active shooter must be engaged and neutralized as quickly as possible, not allowed to continue on a killing spree unopposed. Depending on the location and situation, this engagement sometimes is accomplished by a single officer or pair of officers with shoulder weapons. Other times, it is accomplished by a group of four or more officers trained to quickly organize and rapidly react as a team to locations where the assailant is firing.

Active shooter programs have proven effective in limiting the damage done by shooters in several cases, including the March 2005 shooting at a high school in Red Lake, Minn. Today, many police departments not only have a policy of confronting active shooters, they also have provided their officers with training courses teaching them how to do so effectively. Such training could make a world of difference in a Mumbai-type attack, where there may not be sufficient time or resources for a specialized tactical team to respond.

In the United States, armed off-duty cops and civilians also can make a difference in armed attacks. In February 2007, for example, a heavily armed gunman who had killed five victims in the Trolley Square Mall in Salt Lake City was confronted by an off-duty police officer, who cornered the shooter and kept him pinned down until other officers could arrive and kill the shooter. This off-duty officer’s actions plainly saved many lives that evening. 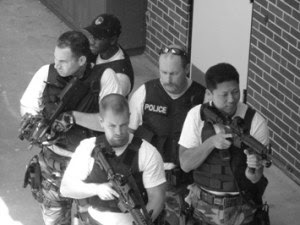 ...As evidenced by the Jan. 8 testimony of NYPD Commissioner Ray Kelly before the Senate Committee on Homeland Security and Governmental Affairs, Mumbai has gotten the attention of police agencies around the world. The NYPD and others already are studying ways to rapidly deny attackers the communications ability they enjoyed in Mumbai during future attacks. The preoperational surveillance conducted by the Mumbai attackers is also being closely scrutinized to assist in countersurveillance operations elsewhere.

A seen by the Fort Dix plot and actual armed attacks against targets, such as the July 2002 assault on the El Al ticket counter at Los Angeles International Airport and the July 2006 attack against the Jewish Federation of Greater Seattle, the threat of armed terrorist assaults against soft targets in the United States is quite real. However, the U.S. law enforcement environment is quite different from that in India — and that difference will help mitigate the effects of a Mumbai-like attack.

For those unfamiliar with Stratfor Research, I'd recommend you review their free content and, if you feel it's relevant, subscribe to the service. It's timely information that is effectively delivered.

Linked by: Guns and Bibles. Thanks!
at 11:55 AM
Email ThisBlogThis!Share to TwitterShare to FacebookShare to Pinterest
Labels: extremism, War