In a Baltimore Sun letter to the editor, Dr. Mark Campbell, a professor of chemistry at the U.S. Naval Academy, offered a stunning comparison.

According to the editorial "A New Year's resolution" (Jan. 2), tens of thousands of scientists like me are "flat-earth types." 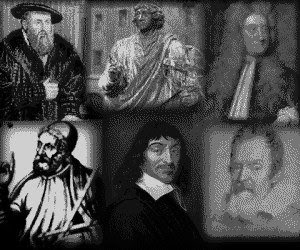 I guess my doctorate in chemical physics from Johns Hopkins doesn't give me nearly the qualifications to analyze the science associated with the global climate as an editor with an agenda.

If we are going to stoop to name-calling, an appropriate name for people with the view The Baltimore Sun endorses could be "Chicken Littles." But instead of claiming that the sky is falling, they claim the sky is burning.

The editorial claims that there is a consensus among scientists that man-made carbon dioxide is causing global climate change; however, consensus in science is an oxymoron. From Galileo to Einstein, one scientist with proof is more convincing than thousands of other scientists who believe something to be true.

And I don't even grant that there is a consensus among scientists; it's just that the press only promotes the global warming alarmists and ignores or minimizes those of us who are skeptical. To many of us, there is no convincing evidence that carbon dioxide produced by humans has any influence on the Earth's climate.

Arguing that our country should decrease its use of fossil fuels is a laudable goal, but the reason to do so should be to reduce our reliance on energy from foreign sources, not to reduce the danger from some imaginary boogeyman.

The sky is not burning, and to claim that it is amounts to journalistic malpractice.

Al Gore, who refuses to debate because the "science is settled", was unavailable for comment.

Via Marc, who adds just a couple of links for the global warming bunko scam artists: