Most awesome text message ever


CNet's Steven Musil relates the story of the bestest text message ever:

An Ohio man used a friend's cell phone to get back his car, cell phone, and cash, all of which were stolen in a car jacking, according to a local TV report. Alan Heuss was sitting in his running BMW in Columbus on Wednesday when an armed man opened a passenger door, stuck a gun in his face, and made off with his stuff. 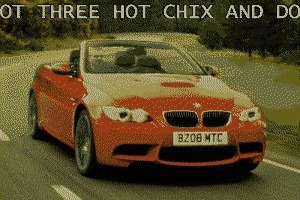 After filing a police report, Heuss was meeting with some friends to drown his sorrows when one suggested that they try to contact the thieves by texting Heuss' stolen cell phone.

The carjacking suspects fell for the ruse and went to an address sent to them by Heuss' friend just seven hours after the carjacking. But instead of the "hot chick with drugs" they were expecting, they were met with by cops with cuffs.

Helpful idiots that they were, the carjackers were kind enough to return with the car when they showed up for the big party.
at 8:22 PM
Email ThisBlogThis!Share to TwitterShare to FacebookShare to Pinterest
Labels: Autos, Crime