Seeking the overthrow of the U.S. government but still want a plum position in the Obama administration? No problemo! 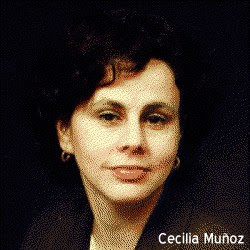 So you want to overthrow the U.S. government, but also want a juicy job in the Obama administration?


Executive Summary: A key Obama appointee is an executive with a racially divisive group (hell, it's called "The Race") that implicitly supports the overthrow of the United States government with, as an added bonus, ethnic cleansing thrown in the mix.

"NCLR’s own Cecilia Muñoz will combine substantive policy knowledge and deft political skill in her new job as Director of Intergovernmental Affairs.”

The mission of NCLR is crystal clear. 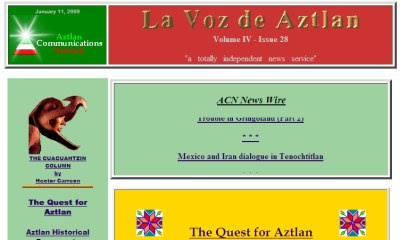 Immigration: NCLR strives “to encourage immigration policies that are fair and nondiscriminatory, to encourage family reunification, and to enact necessary reforms to the current immigration system.” In short, it favors amnesty for illegals already residing in the U.S., and open borders henceforth. In La Raza’s calculus, any restriction on the free movement of immigrants constitutes a violation of their civil rights, and any reduction in government assistance to illegal border-crossers is “a disgrace to American values.” Thus La Raza supports continued mass Mexican immigration to the United States, and hopes to achieve, by the sheer weight of numbers, the re-partition of the American Southwest as a new state called Aztlan [Ed: in other words, to overthrow the U.S. government in the southwest portion of the country] -- to be controlled by its alleged rightful owners, the people and government of Mexico... At many of the “pro-immigration” rallies that NCLR members have attended in recent times, their signature slogan has been: "La Raza unida nunca sera vencida!" ("The united [Hispanic] race will never be defeated!")

The mythical state of Aztlan, for which the NCLR and its offshoot, racially-aligned groups aspire, is a common theme among many of the radical Marxist-Latino groups.

Consider one of the many "schools" that the NCLR funds:

Aztlan Academy in south Tucson seeks “to integrate a meaningful Chicano Studies program into [students’] lives, language, and academics, as a means of developing their intellects as well as their pride and self-esteem." ("Aztlan" is the separatist name for the Southwestern United States that NCLR hopes will someday reunite with Mexico.)

According to Public Schools Report, Aztlan is almost exclusively Hispanic despite being a public school. And Arizona Indymedia reports that it participates in pro-illegal immigration rallies and collaborates with local chapters of MEChA.

A report by Capital Research (PDF) describes another group funded and supported by NCLR.

La Raza supports groups like the Movimiento Estudiantil Chicano de Aztlan, otherwise known as the Chicano Student Movement of Aztlan (MEChA). Founded in 1969, MEChA members bought into the Reconquista mythology of detaching the southwestern United States to recreate the land of “Aztlan,” a mythical pre-Columbian civilization with territory on both sides of the current U.S.-Mexico border...

MEChA’s motto is “Por La Raza todo. Fuera de La Raza nada,” which translates to “For the Race, Everything. Outside the Race, nothing.”

Let's be clear as to what "La Raza" means. It is a general term that refers to those whose ancestry is indigenous to the area of Mexico (or "Aztlan"). MEChA members frequently refer to themselves as "La Raza" or "Raza," but the term itself is used to indicate affinity with other organizations with similar objectives.

Screen-cap of racist hate site La Voz de Atzlan.
These groups include the afore-mentioned MEChA, La Raza Unida Party, The Brown Berets de Aztlan, OLA (Organization for the Liberation of Aztlan), Nation of Aztlan, and others. Nation of Aztlan, linked to La Voz de Aztlan, markets the same propaganda that MEChA profers including antisemitic propaganda. All are believers in "Aztlan" and many of their publications to refer to the U.S., as "AmeriKKKa."

In 2003 an investigation by immigration lawyer Matt Hayes for Fox News discovered disturbing ties between MEChA, anti-Semitism and other forms of racism.

Rudy Acuna, a Cal State Northridge professor of Chicano studies, is a self-described socialist (search), an advisor to MEChA, and a card-carrying separatist who has reportedly publicly urged Chicanos to get more militant about defending their rights and has warned Chicanos that they are living in a "Nazi U.S." where they are in danger of being taken to "intellectual ovens."

...While Acuna denies that MEChA is anti-Semitic, he is a regular contributor to the rabidly anti-Semitic La Voz de Aztlan. Acuna would no doubt contend that his own articles are not anti-Semitic and that Aztlan.com did not reflect his own opinion of Jews. But that would be no different than submitting editorials to the Ku Klux Klan's newsletter and arguing that the Klan's views do not reflect one’s own opinions. 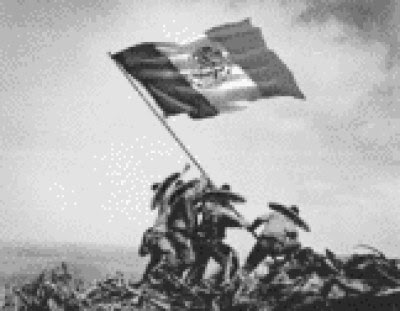 The Nation of Aztlan (NOA), first organized in the early 1990s, is a California-based Hispanic nationalist organization that claims to represent the desires and aspirations of the Hispanic community. The organization calls for the United States to return "Aztlan" territory - Aztlan being the mythic homeland of the Mexican people, or Aztecs, which according to legend is found in the American Southwest or Northern Mexico.

The group's nationalist message is blurred by frequent appeals anti-Semitism, anti-Zionism, homophobia and other expressions of hatred.

But if NCLR has seemingly endless amounts of money for supporting crackpot schools, racist organizations and implicitly supports an agenda of separatism and ethnic cleansing, who could be funding them?

That would be you and I, my friends. The American taxpayer.

In May of 2008 non-partisan group Judicial Watch highlighted a bizarre series of earmarks directed at NCLR.

The National Council of La Raza already got $1.3 million from the Department of Housing and Urban Development this year to conduct “comprehensive housing counseling’’ for Hispanics, whether they are in the country legally or not. Now the radical group that advocates the return of the American Southwest to Mexico, will get an additional $15 million thanks to an earmark inserted by Massachusetts Democrat Barney Frank in a housing bill... Frank, the House Financial Services Chairman, is giving the National Council of La Raza $5 million this year and $10 million in each of the next two years... In fiscal 2006 alone, the group got $15.2 million in federal grants.

...[NCLR] caters to the radical Chicano movement that says California, Arizona, Nevada, New Mexico and parts of Colorado and Texas belong to Aztlan... The takeover plan is referred to as the "reconquista" of the Western U.S. and it features ethnic cleansing of Americans, Europeans, Africans and Asians once the area is taken back and converted to Aztlan. While this may all sound a bit crazy, this organization is quite powerful and its leaders regularly attend congressional hearings regarding immigration.

The group uses its U.S. tax dollars to fund projects like a Southern California elementary school with a curriculum that specializes in bashing America and promoting the Chicano movement. The school's founder and principal, a Calexico-educated activist named Marcos Aguilar, opposes racial integration and says Mexicans in the U.S. don't want to go to white schools or drink from white water fountains.

Barney f''in Frank? I'm telling you, you can't make this stuff up. He's like a bad, pudgy penny. He always turns up.

Why is it that -- whenever there's a disaster looming for this country -- the corpulent, yet stunningly moronic, Barney Frank seems to be behind the curtain? His masterful oversight of Fannie Mae and Freddie Mac, for instance, helped precipitate our current financial criss.

And here he is funding "La Raza" in all its many Hydra-headed forms and its agenda of the violent overthrow of the United States government.

Cecilia Muñoz is not an appropriate appointee for any position in the U.S. government.

* * *
Update: And Cecilia Muñoz is not the only troubling appointee. Carol M. Browner, President-Elect Obama's ostensible Global Warming and Junk Science Czarina, was just busted by The Washington Times.

Until last week, Carol M. Browner, President-elect Barack Obama's pick as global warming czar, was listed as one of 14 leaders of a socialist group's Commission for a Sustainable World Society, which calls for "global governance" and says rich countries must shrink their economies to address climate change.

Well, I'm sure all of us will gladly shrink our economy during a deep recession to benefit the global warming con artists who can't even convince the environmentalists that their scam is legit.

Those of you who insist Obama's selections are centrist need to do a little more research.

Linked by: Bob McCarty. Thanks!
at 8:55 PM
Email ThisBlogThis!Share to TwitterShare to FacebookShare to Pinterest
Labels: Democrats, Immigration, Obama