The current crisis and government bailout is now threatening to destroy the decent living standards that the United Auto Workers (UAW) spent years struggling to achieve, and to establish a precedent of driving union work standards to non-union levels. 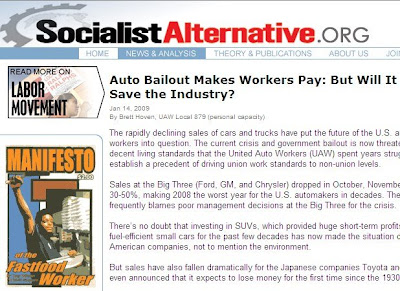 ...while $700 billion was handed over to the banks with hardly any conditions, the $17 billion auto bailout came with harsh conditions for workers. UAW activist Gregg Shotwell describes it as “chump change for fast-track union busting.”

The final terms of the government loans signed by Bush call for reducing wages and benefits to the non-union levels at Honda, Toyota, and Nissan by the end of 2009, cutting more jobs and closing more factories, eliminating company-funded unemployment benefits, moving from set-benefit pensions to 401Ks, and allowing the companies to make half of their required payments into the union-run retiree healthcare funds (VEBAs) in company stock.

These new attacks will come on top of the historic concessions that were given up by the UAW in 2007, which included cutting wages for new hires in half and putting the responsibility for retiree healthcare on the union, as well as plant closings and the loss of tens of thousands of jobs... 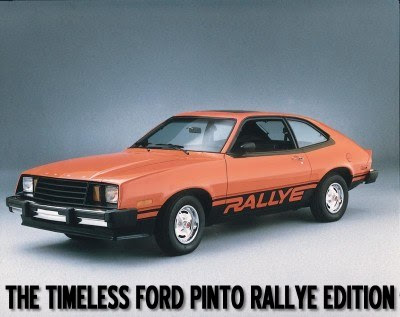 Instead of closing factories, we should be demanding to convert them to socially useful production... [Ed: we've finally solved the mystery and answered the question: what are 'green collar jobs'?]

...The only way autoworkers can secure a decent future for themselves and their families is by organizing a fight-back. The UAW should be mobilizing its membership for a fight, reaching out to local communities, the labor movement, and the wider working class for solidarity... But for any fight-back to take place, it will require rank-and-file activists organizing in their factories and communities against concessions and job losses. Only a movement from below, demanding a better future for autoworkers and society as a whole, can win this fight...

...The real problem is that most American workers don’t make enough. In fact, the root cause of the current economic crisis is that workers can’t buy back what they produce. Despite productivity rising over 60% across the entire economy, wages have declined for most workers over the past 30 years. We should be fighting to raise all workers’ living standards, not blaming those who can still make a living.

Tell you what, Haevin, move to Zimbabwe. I hear it's a frickin' workers' paradise.
at 7:32 PM
Email ThisBlogThis!Share to TwitterShare to FacebookShare to Pinterest
Labels: Autos, Democrats, Unions