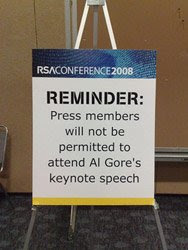 ..."I appreciate the opportunity to add my name to those who disagree that global warming is man made," Theon wrote to the... Committee on January 15, 2009. "I was, in effect, Hansen's supervisor because I had to justify his funding, allocate his resources, and evaluate his results," Theon, the former Chief of the Climate Processes Research Program at NASA Headquarters...

"Hansen was never muzzled even though he violated NASA's official agency position on climate forecasting (i.e., we did not know enough to forecast climate change or mankind's effect on it). Hansen thus embarrassed NASA by coming out with his claims of global warming in 1988 in his testimony before Congress," Theon wrote...

NASA scientist Hansen has attracted worldwide media attention by calling for trials against scientists who dispute global warming. Does the name Galileo ring a bell?

The UN's pathetic Global Warming bunko scam is unraveling before our very eyes and, with it, Al Gore's plans to monetize the carbon trading industry.