Obama Administration to Supremes: We are Above the Law. Supremes to Obama: Go Pound Sand. 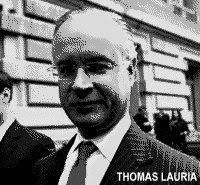 The outstanding Zero Hedge points us to a SCOTUS blog report on the Chrysler-Fiat deal. Thomas "The Terrorist" Lauria* -- attorney for various Indiana state pension funds and senior Chrysler creditors -- had filed a stay with the Supreme Court.

In response and on behalf of the feds, Solicitor General Elena Kagan argued that no court, not even the Supreme Court has an authority to overrule the Obama administration on the use of the TARP funds. Those funds, of course, had been exclusively designated for bailouts of financial institutions. Instead, the administration had used the money to shore up the UAW's coffers at the expense of more senior creditors like Lauria's clients. 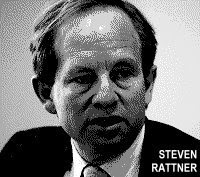 The Obama Administration argued Monday that no court, including the Supreme Court, has the authority to hear a challenge by Indiana benefit plans to the role the U.S. Treasury played in the Chrysler rescue, including the use of “bailout” (TARP) funds. The Indiana debt holders, U.S. Solicitor General Elena Kagan wrote, simply have no right to raise that issue, thus putting it out of the reach of the courts.

Although arguing that the courts may not rule on the validity of Treasury’s decision to shore up a new Chrysler company with funds from the Troubled Assets Relief Program, the Solicitor General did argue that those funds may go to a troubled auto company, and not just to banks or other regular financial institutions.

Tyler Durden at Zero Hedge, rightfully worried, observed that, "this chain of events will inevitably set off a precedent of unintended consequences for not just domestic, but also foreign lenders, when it comes to investing into any US companies."

Fortunately, the high court ruled this afternoon that the administration is full of s*** and that indeed it does have the authority to delay the Chrsyler sale.

Memo to self: never argue to the Supreme Court that your legal authority is greater than theirs.

The future of Chrysler LLC may be in jeopardy after the U.S. Supreme Court Monday delayed the auto maker's sale to Fiat SpA at the request of several Indiana pension funds and consumer groups opposed to the transaction.

Ahead of the decision, Chrysler LLC and the federal government warned such an intervention might lead to the liquidation of the automaker. But Justice Ruth Bader Ginsburg, in a brief order, said the court will extend a temporary stay put in place by an appeals court "pending further order of the undersigned or of the court."

The administration -- who always seems to be in a hurry, whether it's spending trillions of dollars on useless government pork, destroying the health care system, or simply nationalizing automakers -- argued that the delay would scuttle the deal. But dissenters were equally clear-cut on reasons to oppose the deal.

...Rep. Jeb Hensarling, R-Tex., who has criticized the Obama administration's bailout of GM and Chrysler as an improper use of taxpayer money, praised the Supreme Court's move. He said the case raises fundamental questions about due process, equal protection under the law and the possible misuse of financial-rescue funds on auto makers, and that those questions must be resolved before the sale goes through.

"The smallest bondholder in GM who may be part of the Indiana pension funds - they deserve their day in court," Hensarling said in an interview with Dow Jones Newswires. "This is about their retirement. This is about their children's future, and they shouldn't be browbeaten by the administration, the UAW" and company executives, he said.

The bankruptcy laws were written so that companies could dramatically overhaul themselves, becoming leaner and more efficient enterprises.

The Obama administration's payoffs to the UAW are preventing those changes and instead simply delaying the inevitable overhaul... while transferring taxpayer funds to the union high command.


* As reported in The Wall Street Journal: "Thomas Lauria, the attorney who represents dissident lenders in Chrysler LLC’s bankruptcy case, was called “a terrorist” by a member of the Treasury Department’s automotive taskforce in an e-mail exchange with a Chrysler adviser."


Update: Legal Times has an excellent explanation of the situation.
at 7:32 PM
Email ThisBlogThis!Share to TwitterShare to FacebookShare to Pinterest
Labels: Autos, Crime, Democrats, Obama, Unions