A legacy media hack by the name of Jonathan Lemire -- if that is his real name -- continues to propagate lies about the wiretapping of President Donald Trump and the remarkable detective work of bestselling author and radio host Mark Levin. Levin helped construct a definitive and authoritative timeline into the Obama administration's criminal activities. 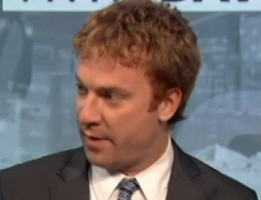 While most "journalists" have quietly abandoned their wiretapping jeremiads, for obvous reasons, Lemire continues to bang his Barbie-sized pots and pans, calling attention not only to his ignorance, but his patently partisan agenda.

For most with Lemire's talents, said actions wouldn't be worth mentioning. But Jon-boy happened to hook up with the antiquated wire service called the Associated Press, so his laughably false assertions have circulated far beyond what his meager talents warrant.

Consider the following; a more fraudulent sequence of lies you'd be hard-pressed to find outside of North Korea:

...last week ... Trump put the White House stamp on a theory that originated on the edges of the conservative movement. Radio host Mark Levin voiced without evidence the idea that Obama had wiretapped Trump Tower. That accusation was picked up the next day by Breitbart News, the site formerly run by Trump's current chief strategist Steve Bannon.

An aide placed that piece in Trump's daily reading pile, said a White House official, who like other aides would not be named discussing the president's private routine. Fueled by that report on Saturday, Trump unleashed a series of jaw-dropping tweets that accused his predecessor of spying on him.

"It's not the normal Beltway echo chamber. This is a very different echo chamber: Something will bounce from cable to the internet to Trump," said Tobe Berkovitz, a communications professor at Boston University.

"The edges of the conservative movement"? Hey, Lespire: are you the only AP nitwit who missed the following New York Times article? 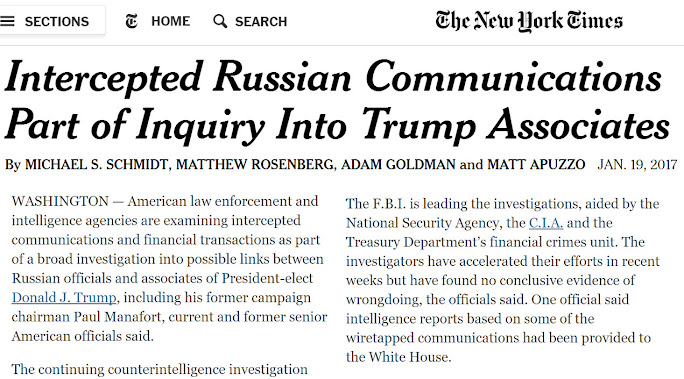 Or is the Times lying, in which case that should be the story?

Levin himself penned an open letter to Lemire demanding a correction, but thus far the AP hack has gone all Helen Keller on us.

You falsely reported in your wire story yesterday, in part, that "Radio host Mark Levin voiced without evidence the idea that Obama had wiretapped Trump Tower." I sent you an email yesterday asking: "Are you going to correct this?"

I never said that Obama had Trump Tower wiretapped. You not only misstated what I said, but you ignored the entire purpose and context of that Thursday's (March 2) radio program. I addressed this methodically again on yesterday's radio show. Still, you are silent.

It is one thing to make an honest error in your reporting. AP and other news outlets make mistakes all the time, for which they publish corrections or make apologies. However, you persist in your false reporting, which is repeated by others since you write for a wire service. This reveals your intent on driving a partisan, ideological agenda — e.g., your additional statement in the story about "the edges of the conservative movement." This is why your profession has already been severely damaged with the public and, may I add, now your reputation, or lack thereof, for integrity.

It's clear Lemire doesn't care about the truth. A man with integrity would have already apologized and retracted the story.

But Lemire works for the AP, which tells you everything you need to know.