Suddenly, the Constitution matters to The New York Lyin' Times [Ed: which is the name they prefer, I hear], according to Martin H. "Nebbish" Redish:

Trump Is Not Above the Courts

So much has happened during these early weeks of President Trump’s administration that it is easy to lose sight of the single event that may well have the most powerful and troubling impact on American democratic society. 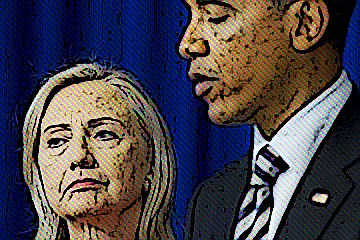 The constitutionality of the president’s bans on travel from parts of the Muslim world — the most recent one was blocked this week, by federal judges in Hawaii and Maryland — gives rise to complex issues on which reasonable people can differ. But what is not in dispute is the ability of the judiciary to determine their constitutionality, free from control by the executive branch of government. Indeed, not only is such thinking largely inconsistent with over 200 years of established American constitutional practice, but it also ignores and undermines the genius of the Constitution’s framers, who saw the judiciary as perhaps the most important deterrent to tyrannical power. By “tyranny” the framers did not mean simply the abuse of power. Rather, it is the very accumulation of such power that they saw as the essence of tyranny, because once the power is accumulated, the harm has already taken place.

One does have to love that, after eight years of Obama accumulating power, Democrats are suddenly Very Concerned about the Constitution. We can debate the Constitutionality of the travel ban….personally, I think he should have moved on after the first, and just done it administrationally, by not bringing in all the refugees…but, what about this

Those are just a few examples of when Obama blew off court orders. Then there are all the lists on the number of ways Obama has ignored the Constitution, which, for the most part, the Credentialed Media, like the NY Times, couldn’t have cared less.

Of course, the media is Very Concerned that Trump might use Executive Orders in the same manner as Obama, mostly to rescind Obama’s often un-Constitutional orders. When Trump is actually ignoring orders from courts like Obama did, then the media might have a case. But, they’d have to explain why they had no complaints about Obama doing the same.

Never use the New York Times to line a bird cage.It would defile what the bird 'drops' on it.

And possibly worse, a smart bird might actually try READING it!