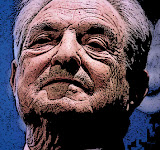 One of the scripts distributed by the Revolutionary Love Project encourages town hall participants meeting with their member of Congress to accuse the Trump administration of – wait for it – “xenophobia, racism, and Islamophobia.” Constituents are urged to use those precise words to “forcefully condemn” President Trump’s immigration and border security initiatives, Aaron Klein reports at Breitbart News.

Information about the scripts came as leaked audio from anti-Trump activists associated with the group Indivisible surfaced. Their target was a town hall hosted by Sen. Bill Cassidy (R-La.). They planned to deploy an “inside team” to occupy as many seats as possible and an “outside team” to “give [the media] the coverage they want.” Activists were urged to “dress like conservatives” and avoid “any signifier that you’re a liberal” so they could dominate the meeting. 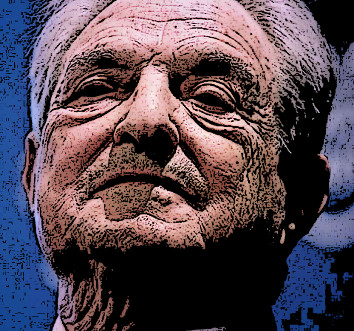 “Game plan number one is to fill as many seats as we can, right? If it’s all of us in there and the poor people of Breaux Bridge are sitting behind us, well then tough luck for them,” James Proctor of Indivisible reportedly said.

“If we can arrange it so he doesn’t hear one sympathetic question–great. That only magnifies our impact,” he added.

This is a standard, old-time organizing technique used by followers of Rules for Radicals author Saul Alinsky.

It has another name in politics: astroturfing.

Meanwhile, the Revolutionary Love Project states on its website that its supporters “resist all policies, actions, and rhetoric that put people in harm's way,” and “fight for justice through the ethic of love -- love for others, our opponents, and ourselves.” This language is reminiscent of communist revolutionary Ernesto “Che” Guevara’s famous statement that “the true revolutionary is guided by a great feeling of love.”

The script, which is titled, “#NoBanNoWallNoRaids Talking Points for Congressional Townhalls,” may be viewed here.

The anti-Trump script for activists is meant to aid a project driven by the George Soros-funded MoveOn.org group declaring the week of February 18-26 – the first congressional recess of the 115th Congress – to be “Resistance Recess.”

The project called on activists to show up at “elected officials’ events, town halls, and other public appearances to make it clear to those who represent us in Congress, as well as to the media, that tolerance of the Trump Administration’s hurtful policies is intolerable, that indifference or idleness is not acceptable, that complacency is politically toxic.”

A mass email sent by the Revolutionary Love Project asked supporters to repeat the script’s talking points to “voice your concern” during town hall meetings.

Klein provides an excerpt of the script:

Stage 2: Your Concerns. I am particularly concerned about the Administration’s efforts to target and criminalize immigrants, refugees and people entering our country from Muslim-majority countries. I want you as a representative of our district to understand the impact of Trump’s executive orders and to take action.

At the end of the script, Avideh Moussavian of the National Immigration Law Center and Deepa Iyer of the Center for Social Inclusion are listed as contacts. According to the Foundation Search database both groups are funded by Soros’s philanthropic organs.

The National Immigration Law Center has taken in $4.6 million from Soros since 2004, while the Center for Social Inclusion has received $475,000 since 2012.

The Center for Social Inclusion teaches Democrat members of Congress how to lie about and smear their adversaries.

Then-trainer Maya Wiley, who worked for Soros’s philanthropies and as counsel to New York Mayor Bill de Blasio, instructed lawmakers in using “the issue of race to defend government programs.” Rhetoric used by conservatives and free-market enthusiasts is consciously or unconsciously racially coded, she taught, and needed to be overcome with anger.

“It’s emotional connection, not rational connection that we need,” she said. For example, Wiley offered that former House Speaker Newt Gingrich calling Barack Obama a “food stamp president,” cannot be “a race-neutral statement, even if Newt Gingrich did not intend racism.” In other words, all criticism of the leftist 44th president by definition has to be rooted in racism.

Moussavian acknowledged to Breitbart that his group “contributed” to the script “in response to overwhelming concern and fear stemming from the January 27th executive order that sought to ban the entry of refugees and Muslims and in response to mounting questions from community members about how to express these concerns to policy makers.”

In reality Executive Order 13769, which has been enjoined by the courts, temporarily banned visitors from seven terrorism-plagued Muslim countries while shoddy security screening processes could be reconsidered, and did not exclude Muslims as such from the United States. The president is expected to issue a new, more narrowly tailored executive order, or perhaps multiple executive orders, in coming days.

The National Immigration Law Center is a party to one of the lawsuits filed to block EO 13769.

Asawin Suebsaeng wrote a month ago in the Daily Beast that professional community organizers began putting together the Trump-resistance operation on Nov. 9, the day after the election.

From the moment Trump defeated Hillary Clinton in the general election, they’ve been anticipating and mapping out their battle plans for Trump’s orders on deportations, bans, and detention.

So when you heard about a large crowd at an airport in the past few days yelling catchy slogans like “F--K TRUMP, F--K PENCE, THIS COUNTRY’S BUILT ON IMMIGRANTS,” it was no “spontaneous” outpouring of support. It was the result of a lot of unseen work and man hours.

Groups like Make the Road New York, which has received $1 million from Soros since 2001, generated a 15,000-strong anti-Trump protest in Manhattan the Sunday after the election, he reports. Their message to the president-elect was, “We will not let you tear our families apart.”

“This is [a] man who actually won on a campaign of hate and xenophobia and sexism … We knew we had to respond rapidly,” Altschuler said. “Folks on our organizing team and communications team were poised to respond rapidly because of what we do … We went out to the airport immediately on Saturday. I was en route to the airport around 11:30 a.m.… We were on the phone with other groups, saying, ‘Bring your people to JFK, bring your friends to JFK.’”

New York Communities for Change has also been involved in resisting the Trump administration, including the actions at JFK Airport.

There was “a domino effect of rapid mobilization,” said Renata Pumarol, NYCC’s communications director. “And going forward, we have our plans in place to resist Trump … and pressuring corporate Dems to resist every appointment, every aspect of Trump’s agenda.”

NYCC is, of course, a direct successor group to the now-defunct and disgraced Association of Community Organizations for Reform Now (ACORN), which Soros funded. Until fairly recently, NYCC had office space in ACORN’s old headquarters in Brooklyn.

President Trump called out his predecessor for meddling this week. Accusing Obama of being “behind” the town hall protests and maybe the leaks coming out of the White House, too. A New York Times article from yesterday stated that in the dying days of the Obama administration officials “spread information” about the alleged Russian tampering in the election and supposed ties between that country and Trump associates “across the government.”

Obama’s huge, well-funded agitation outfit, Organizing for Action, has been on the front lines attacking Trump in order to defend the Obama administration’s awful legacy. Both Organizing for Action and Soros-funded MoveOn have been leading the way in packing town hall meetings with unruly protesters.

Obama has rented a $5.3 million, 8,200-square-foot, walled mansion in Washington’s Embassy Row that he is using to command his community organizing cadres in the war against President Trump. Obama’s alter ego, Valerie Jarrett, has reportedly moved into the house to help out. Jarrett also resided in the White House when Obama was president.

How is it that Soros is still subverting after Russia wanted him, "dead or alive"?