The emails, were obtained in response to a court order from a May 5, 2015, Freedom of Information Act (FOIA) lawsuit filed against the State Department after it failed to respond to a March 18 FOIA request (Judicial Watch, Inc. v. U.S. Department of State (No. 1:15-cv-00684)). The lawsuit seeks: 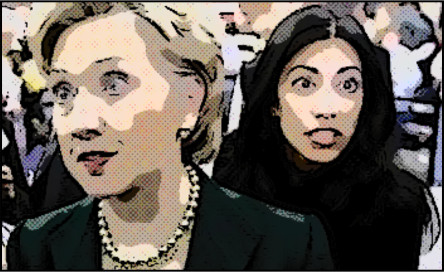 In a February 2010 email exchange Jake Sullivan, then-Deputy Chief of Staff to Clinton, sent to Clinton’s and Abedin’s unsecure email accounts information that the State Department has classified as the material includes information “to be kept secret in the interest of national defense or foreign policy; foreign relations or foreign activities of the US, including confidential sources.” The redacted information concerns “former GTMO [Guantanamo] detainee Binyam Mohamed” and Mohamed’s request for “various classified intelligence documents” that contained U.S. intelligence information related to his detention before he was taken to Guantanamo.

In April 2010, Sid Blumenthal sent two email memos to Clinton containing information now classified. Clinton forwarded this material to Abedin’s unsecure email account. The classified information, which Clinton asks Abedin to print off for her, concerns the change of government in the Kyrgyz Republic.

In other emails, Clinton’s “final” schedules with specific details concerning her whereabouts were transmitted by Lona Valmoro to the unsecure emails accounts of Clinton Foundation officials Doug Band, Terry Krivnic Margaret Steenberg and others, and forwarded to Abedin’s unsecure email account.

In a March 15, 2010, exchange, Band forwarded to Abedin a request for help from Philip Levine, who is presumably the mayor of Miami Beach. Reports said Levine had been a fundraiser for the Clintons since the 1990s.

In a February 23, 2010, email, ambassador and Clinton friend Capricia Marshall asked Band and Abedin to work with her to plan Bill and Hillary Clinton’s funeral arrangements and notes: “once affirmed it will be very hard for someone to deny the type of ceremony she [Hillary] wanted – as well I understand that the President can request certain arrangements for her that she/her rep cannot (ie if you want the motorcade to go through DC – stop somewhere).”

A March 9, 2010, email exchange between Abedin and Band reveals some tension between Clinton’s top personal aide and the former secretary of state’s chief of staff, Cheryl Mills. The apparent rift was revealed when Chelsea Clinton asked Band if he could arrange a White House tour for a female Haitian-American sailor from the USS Comfort. Band passed the request to Abedin, who replied to Band: “I don’t want to get cross wise with cdm [Cheryl Mills] on anything Haiti related” and “HAVE YOU MET CHERYL MILLS? [Emphasis in original] you have no idea.”

“These emails are yet more evidence of Hillary Clinton’s casual and repeated violations of laws relating to the handling of classified information,” said Judicial Watch President Tom Fitton, “The Justice Department should finally begin an independent investigation into the Clinton email matter.”