Senator Dick Durbin (D-IL) has taken a different tone regarding the confirmation process of Judge Gorsuch, and his Democrat colleagues should take note. While radical left-wingers like Elizabeth Warren, Sherrod Brown, and Jeff Merkley have said they would oppose Gorsuch even before the hearing, Sen. Durbin stated rejected that kind of behavior, saying: “I don’t think that serves the country well.”

Here is what he told The New York Times last month:

“The base wants me to reject him out of hand,” said Senator Richard J. Durbin of Illinois, the body’s No. 2 Democrat, who will meet with Judge Gorsuch on Tuesday. “I don’t think that serves the country well.” 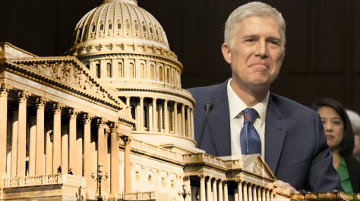 Mr. Durbin added: “We’ve had a handful of Democratic senators who’ve already announced they’re voting no. Many people in some parts of the base think we should all make that announcement. I just don’t think that’s appropriate.” …

Still, the passions of the moment, Mr. Durbin suggested, have caused some liberals to confuse responsible vetting and decorum with obsequiousness.

“I don’t think it’s fair, after the speeches we made about fair treatment for Merrick Garland,” he said of calls for instant opposition. “I have a constitutional responsibility here.”