Many experts, genuine or self-proclaimed, assert that the battle against radical Islam will be won, not so much by killing its adherents, but by discrediting the ideology.

That sounds profound indeed, yet, what exactly does it mean?

Former Trump National Security Advisor retired Lt. Gen. Michael Flynn in his 2016 book "The Field of Fight: How We Can Win the Global War Against Radical Islam and Its Allies," suggested using psychological operations and counter-propaganda, through federal government channels, schools, media and social networks to discredit the "evil (religious) doctrines" motivating jihadists.

If the new National Security Advisor Lt. Gen. H.R. McMaster has a unique and detailed strategy to defeat radical Islam, in addition to not using the term, or "putting politics at the center," I have yet to find it.

Further evidence that McMaster's views on radical Islam are closer to Barack Obama's than to Donald Trump's is his endorsement of the book "Militant Islamist Ideology: Understanding the Global Threat," he described as both "excellent" and "deserv[ing] a wide readership." 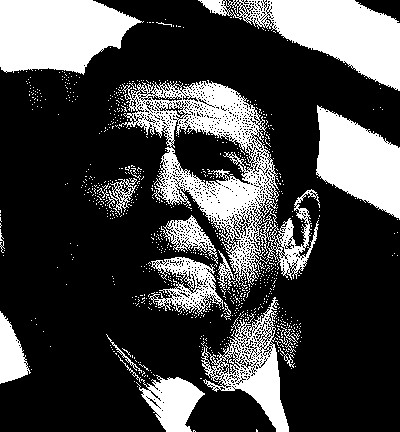 The author claims that, although "militant" Islamists are enemies; non-militant Islamists are not. For example, the Muslim Brotherhood," which sees "incremental infiltration and subtle subversion of infidel Western states as more effective than outright terrorism," does not pose a problem.

It is the same false premise that led to Obama's support for the Muslim Brotherhood's 2012 takeover of Egypt, disregarding "the near unanimous advice of the national security team," deciding "to depose then-Egyptian President Hosni Mubarak."

Sebastian Gorka, military and intelligence analyst and now Deputy Assistant to the President, applies the lessons of the Cold War, recommending "a massive campaign to counter enemy propaganda using social media, but reminiscent of tactics the West employed against the Soviets, such as the establishment of publishing houses in Europe with CIA funds and the dissemination of news on Voice of America radio broadcasts."

Gorka explained: "Ultimately we will win when the ideology of global jihadism is no longer attractive to young men and women from Orlando to Brussels, from Paris to San Bernardino. That can only be done through a strategic-level counter-propaganda campaign driven by the White House, in exactly the same way that we did during the Cold War."

David Satter, a former Moscow correspondent and a senior fellow at the Hudson Institute noted: "I think we must begin by recognizing that, although it pretends to be a religion, radical Islam is an ideology. In this respect, it is the blood brother of atheistic communism. Both systems treat artificial dogma as infallible truth and seek to impose it on all of humanity."

Yes, attacking the ideology was important in defeating communism and it is relevant as a tactic in the war against radical Islam.

But didn't President Ronald Reagan, the architect of the defeat of the Soviet Union, focus on the source, the "Evil Empire" itself, rather than on the fringes of Soviet expansionism?

The limitations of information warfare need to be recognized. The targets of propaganda, such as the Soviet Union, are often also the most effective in censorship and media control. It was only after Gorbachev initiated glasnost, a consequence of other pressures, did the availability of information increase and, thus, a greater impact of Western influence operations.

Pumping out more counter-propaganda, while leaving the sources of the ideology free to go about their dirty business seems, well, counter-productive.

Contrary to what some might believe, dangerous ideologies are not Twittered to death.

You can't expect the tools that worked against a political ideology to have the same effect on a "religion" or cult of death.

Because discrediting the ideology worked so well in Europe and the South Pacific in WWII.


"If you kill enough of them, they stop fighting."

Communism maintained its adherence via threat of death.

Radical islam is a culture of death.

Radical islam might some day be contained but will never go away as long as there are those with a low level of conscience who will embrace it. Proof? 40% of all muslims believe 9-11 was justified to some degree.