Why "repeal and replace ObamaCare" has always been a scam

During every election cycle, to maintain the illusion of representative government, Republicans tell voters exactly what they want to hear.

After the election, successful Republicans candidates either simply ignore their campaign promises or offer legislation that provides the appearance rather than the substance of fulfilling those promises, usually in a form constructed to reward their real constituents, the special interests.

No one should be shocked.

The American Health Care Act H.R. 1628, RyanCare, TrumpCare or whatever you prefer to call it, is the bill the Republicans were working on for seven years.

The Republicans championed "repeal and replace" because it was a more effective campaign slogan and fund-raising tool than "tweak."

People should have known what was coming - that Republicans would never decisively act against ObamaCare, as Chad Pergram noted: 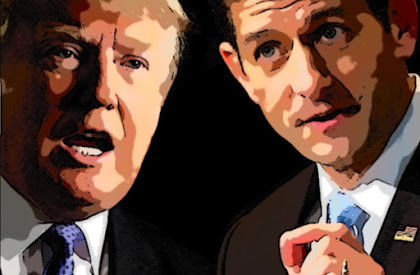 You see, Republicans love big government just as much as Democrats because it ultimately leads to greater power and profit for members of Congress. And what is bigger than healthcare?

Washington D.C. is in the business of selling influence and corporations have learned that buying politicians and bureaucrats can be more lucrative than research and development at a fraction of the cost.

Peter Schweizer, in his book "Throw Them All Out," wrote:

"Crony capitalism unites these politicians with a certain class of businessmen who act as political entrepreneurs. They make their money from government subsidies, guaranteed loans, grants, and set-asides. They seek to steer the ship of state into profitable seas. Twenty-first-century privateers, they pursue wealth through political pull rather than by producing new products or services. In addition to these political entrepreneurs, big investors turn to lobbying and insider information from their sponsored politicians to make their investment decisions. And business is very good."

Ed Gillespie, former Republican National Chairman and George W. Bush White House aide, spoke of the dangers that came from the massive growth of Big Government, creating what he called the "influence economy" as opposed to the long American tradition of a free market economy, as reported by the Wall Street Journal:

And, by the way, the Trump Administration is absolutely filling to the brim with lobbyists/former government employees, the inhabitants of the inside-the-Beltway revolving door, who are the worker bees for maintaining Washington D.C.'s "influence economy."

The number is astronomical and impossible to document in a single article, but here are a few examples:

Justin Mikolay, who was an "evangelist" for Silicon Valley data firm, Palantir, a role that "involved pitching the Army on the battlefield intelligence contract," has been hired by the Trump Administration as a special assistant to Secretary of Defense James Mattis. Remarkably, Mikolay previously worked for Obama Defense Secretary Leon Panetta from 2011 to 2013.

Grace Koh was named special assistant to the president for technology, telecom, and cybersecurity policy, coming from the House Subcommittee on Communications and Technology. Prior to that, she was employed as policy counsel at the lobbying office for Cox Enterprises, the Atlanta-based cable and Internet-providing company.

President Trump has hired Shahira Knight as special assistant for tax and retirement policy. She lobbied the government on retirement and tax issues for financial services company Fidelity. Earlier Knight was Senior Advisor to the Chairman, Committee on Ways & Means for the U.S. House of Representatives.

The New York Times reported that a "Yuge" number of lobbyists were enlisted by the Trump transition team to help select members of the new administration, some of whom, like Michael Catanzaro, have been hired or, maybe, hired themselves.

The Trump Administration seems hell-bent on rounding up all the usual inside-the-Beltway suspects.

Perhaps all we can now possibly hope for, to quote Milton Friedman, is to make it "politically profitable for the wrong people to do the right thing."