“In 2015, Russian intelligence agencies penetrated the computers of political organizations, think tanks and other U.S. institutions in what looked like a foreign intelligence-gathering operation,” but “this is not the first time we were hacked by Russia.” This particular action was “so extraordinary” because “President Vladimir Putin decided to become an active participant in the U.S. election and attempt to influence its result for Donald Trump and against Hillary Clinton.” Further, “this is not idle speculation or the partisan characterization of ambiguous events – it is the consensus conclusion of all our intelligence agencies.”

That is Adam Schiff (D-Burbank), ranking member of the House Intelligence Committee, in a March 26 Sacramento Bee commentary headlined, “Independent commission needed to investigate Russian hacking of our democracy.”

Schiff wonders “when did the Russians decide to turn intelligence gathering into data weaponization, and why? What was the U.S. government response and how do we protect ourselves in the future? And did the Russians have the help of U.S. citizens in this compromise of our democracy, including people associated with the campaign they assisted?”

In classic style, the California Democrat provides no evidence for what he assumes up front to be true. On the other hand, he fails to provide any contrast between Democrats and Republicans in recent actions involving Russia, some of them strategic. 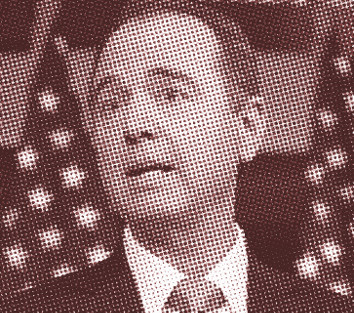 Since the days of Ronald Reagan’s Strategic Defense Initiative, which Democrats derided as “Star Wars,” Russia had denounced U.S. efforts to shield itself and European allies from missile attack. The Russian protests got particularly loud when the Bush administration worked out a missile defense pact with Poland and the Czech Republic.

One of the first actions of George W. Bush’s successor, the 44th president, was to cancel missile defense for U.S. allies Poland and the Czech Republic. Even the New York Times called it a “security reversal.” Mitt Romney called it a “gift to Russia” and more gifts were on the way in the “re-set” of relations.

“We want to ensure that every question the Russian military or Russian government asks is answered.” That was U.S. Secretary of State Hillary Clinton after meeting with Russian foreign minister Sergey Lavrov. Secretary Clinton touted “deep cooperation between our countries” and agreed to the most intrusive arrangement the United States ever accepted.

The most Clinton could claim for the reset policy, noted James Kirchick, was “a collection of atmospheric achievements,” commemorative WWII marches, meetings and such. A week after the departure of Dimitry Medvedev, when the FBI busted 10 Russian spies operating in the United States, the Democrats’ Russian re-set team promptly swept it “under the rug.”

It was all, to paraphrase Ian Fleming, “to Russia with love.” Yet as Nancy Pelosi claims, Putin had a “vendetta” against Hillary Clinton, and as Adam Schiff explains, Putin opted to oppose Hillary Clinton and back Donald Trump in the 2016 election. That narrative emerged only after Trump’s victory last November, with good reason.

The Democrats and their allies in the old-line establishment media are “progressives,” who have somehow escaped the conditioning that affects the masses and know where history is progressing. Therefore, if progressive candidate Hillary Clinton fails to win, the reason must be interference by Russia.

Meanwhile, the administration of President Donald Trump, to counter a surge in missile launches by North Korea, announced the deployment of the Terminal High-Altitude Area Defense system (THAAD) in South Korea by the end of 2017. As the Washington Times reported, this move by Trump “angered not only North Korea but also China and Russia, which see the system’s powerful radars as a security threat.”

Chinese, North Korean and Russian anger did not prompt the Trump administration to back down. The Stalinist North Korean regime has been missile-rattling for years, with the ultimate target the United States. No Democrat administration, least of all the Russian re-set team, ever deployed the purely defensive THAAD in South Korea. Instead they opted for “strategic patience,” also known as doing nothing.

Adam Schiff has yet to explain why the all-powerful Russian spooks were unable to produce Hillary Clinton’s 30,000 emails, which she kept on an unsecured server in her house. Revealing those would have killed her candidacy in a second. Many of the emails were doubtless related to the 2012 terrorist attack in Benghazi, which Secretary Clinton, the 44th president, and Susan Rice all claimed was part of a video protest.

On these events Adam Schiff can boast experience as a member of the Benghazi Select Committee. In a July 31, 2014 statement Schiff said, “the initial talking points provided by the intelligence community were flawed because of conflicting assessments not an intention to deceive.”

Secretary Clinton not only deceived but after the fact wondered aloud “at this point, what difference does it make” how the four Americans had been killed. For his part, Adam Schiff is unable to consider the reality that Hillary Clinton lost because voters perceived her as shrill, corrupt, untrustworthy, and incompetent.

So Adam Schiff, the Stanford grad who earned his JD at Harvard Law School, is the ideal mouthpiece for the notion that Vladimir Putin became an “active participant in the U.S. election” and attempted “to influence its result for Donald Trump and against Hillary Clinton.”

To be sure, Schiff is a partisan Democrat but there’s more to it. As Saul Bellow explained, “a great deal of intelligence can be invested in ignorance when the need for illusion is deep.”

That clown I looney to the max.

He's a democrat and comes from California. To me, that explains a lot! Best, Dr. Bill