EUROPE: This Week in Cultural Enrichment

On Saturday, Ziyed Ben Belgacem pays a visit to Orly Airport in Paris. He grabs a female soldier from behind and grapples for her rifle while holding a pellet gun to her head. He warns the other soldiers to drop their rifles and raise their hands.

He’s mostly right. It’s the plural part he gets wrong. The soldier goes low. Her friends shoot him dead. But he’s not entirely wrong either. There will be deaths. Even if they aren’t at Orly Airport.

French Police go on to investigate the motive of the Tunisian Muslim settler. His father insists that he wasn’t a terrorist. The media rushes to blame drugs for his attack. It reports widely on the drugs in his system rather than the Koran found on his body. No one asks if he was on drugs or on Jihad.

Ziyed Ben Belgacem had been in and out of prison. He was known to the authorities as a potential Jihadist and had been investigated for “radicalization” back in 2015. He had been suspected of burglaries last year and had been paroled in the fall. The system had failed all over again.

Prince William and Kate had been in Paris meeting with victims of the Bataclan Islamic terror attack. They returned to the UK, but media reports emphasize that the latest attack wouldn’t change their plans. But the UK was no refuge from Islamic terror. Not even Westminster Palace was.

On Wednesday, Khalid Masood, a Pakistani Muslim settler, rents a car in a town near Birmingham from an Enterprise rent-a-car shop sandwiched between a Staples and a beauty salon offering walk-in eyebrow waxing. Over a fifth of Birmingham is Muslim and by the time the bloodshed was over and Masood was in the hospital, police raided a flat over a restaurant advertising “A Taste of Persia”.

Because diversity is our strength.

Masood’s victims were certainly diverse.  The men and women he ran over or pushed off Westminster Bridge included Brits, Americans, Romanians, Greeks, Chinese, South Koreans, Italians, Irish, Portuguese, Polish and French. That is the new form that diversity takes in the more multicultural cities.

The victims are diverse. The killers are Muslim.

Prime Minister May spoke of it as a place where “people of all nationalities and cultures gather to celebrate what it means to be free.” But not all nationalities and cultures. Some come there to celebrate what it means to kill infidels for the greater glory of Allah. Just as some pray for London and others pray for the flag of Islam to fly over Westminster Palace.

Nothing came of it.

For thirty years, Masood went in and out of prison. And one fine day he rented a car and began killing. He was on the radar, but nothing was done. And now some are dead and others are wounded. And the politicians who could have prevented it give their speeches and celebrate the magnificent diversity that filled hospitals with the citizens of a dozen nations.

"As I speak, millions will be boarding trains and aeroplanes to travel to London, and to see for themselves the greatest city on Earth,” Prime Minister May declared, throwing in a pitch for tourism. “It is in these actions - millions of acts of normality - that we find the best response to terrorism."

Come to London. Stroll and see the sights. You probably won’t get Allahuakbared to death. And if you do, the best response is a million acts of normality, apathy and denial.

Mayor Sadiq Khan vowed that after a brief vigil, it would be "business as usual".

On Thursday, Mohammed, a Tunisian Muslim tries to drive a car through a pedestrian mall on a major shopping street in Antwerp. It was right around the anniversary of the Brussels bombings in which Moroccan Muslim settler terrorists had killed 32 people and wounded 300.

And a year later it was business as usual.

On Wednesday, King Philippe had dedicated a memorial in Brussels titled, ‘Wounded But Still Standing in Front of the Inconceivable’. "We have to stand up and say 'no' to those acts that are not believable, that are not bearable," its sculptor insisted.

But the seventh King of the Belgians had a somewhat different message. “It’s the responsibility of each and every one of us to make our society more humane, and more just. Let’s learn to listen to each other again, to respect each other’s weaknesses,” he said. “Above all, let us dare to be tender.”

The Tunisian Muslim driving into a pedestrian mall did not dare to be “tender”. He didn’t respect the weaknesses of a society that tolerated him.

Belgian soldiers deployed for the anniversary spotted him. The police gave chase.  Pedestrians scurried out of the way. The Muslim settler from France was taken into custody for endangering the public. It is hoped that the arrest was made in a properly tender fashion.

Police found a riot gun, knives and fake passports in his car.

The Antwerp police chief said that Mohammed had been known to the police and had been involved in the illegal possession of weapons in France. But official reports blamed the drugs and alcohol in his system. Like fellow Tunisian Ziyed Ben Belgacem, he wasn’t a terrorist, just a drunk and a junkie. 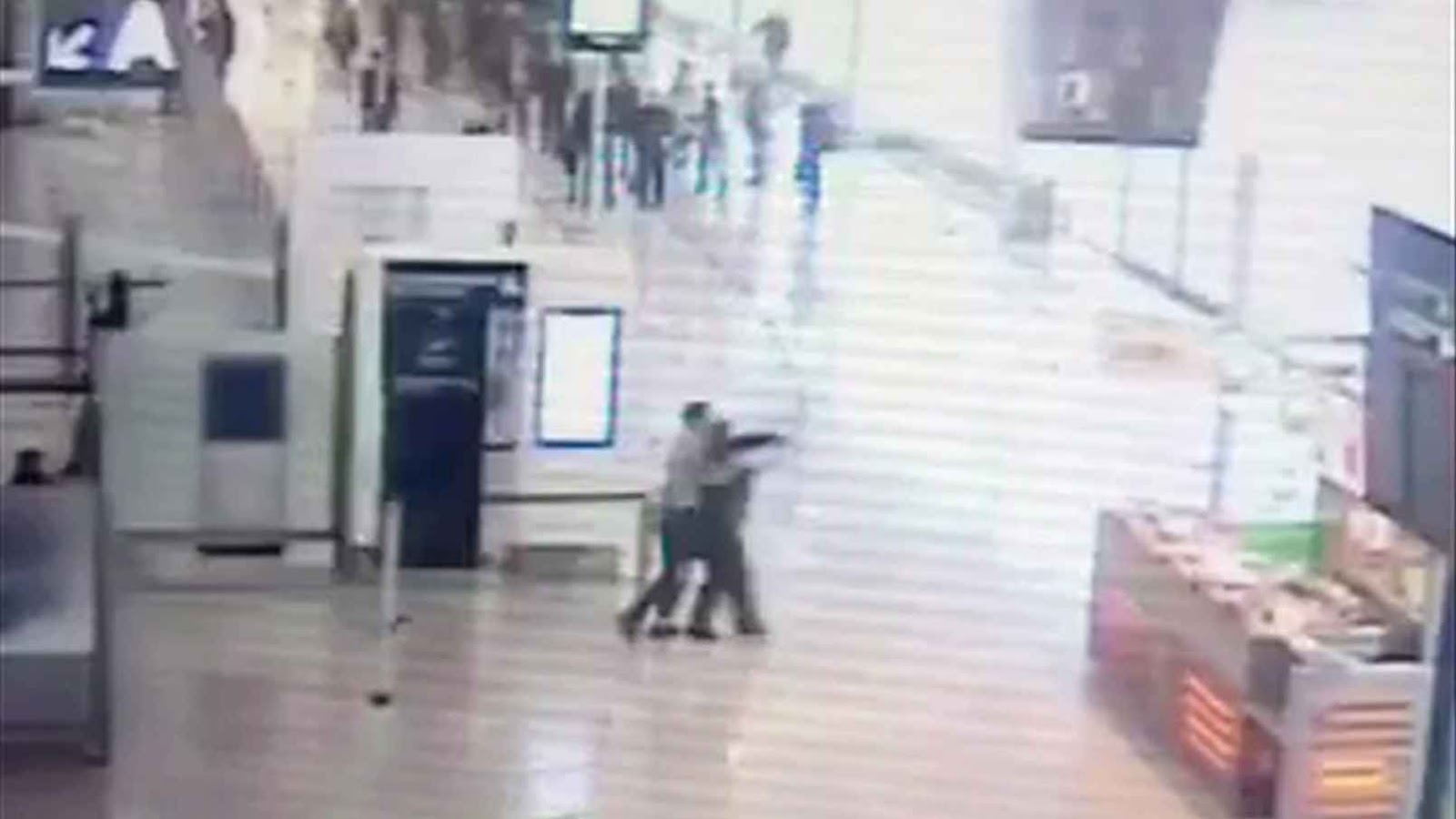 The police urged everyone to keep calm and return to normalcy. Everything was being done to ensure the safety of Antwerp residents and tourists.

Meanwhile the Antwerp Town Hall had gone from flying British colors in solidarity with the victims of the London attack to worrying over an attack at home.  Just as William and Kate had come from terror in France to terror at home.

British authorities claimed that they foiled a dozen terror attacks last year. There are arrests for terror plots in France and Germany. Every week there is either a terror plot or a memorial for the last terror attack before we are told to go on with our million acts of normalcy.

Some days the terrorists screw up. They pick what they think is an easy target, but she refuses to let go of the rifle. Or they overestimate how much alcohol and cocaine they need to nerve themselves up to kill and die. Other times they get it right. Or right enough. And the news flashes around the world.

Somewhere along the way it wasn’t life that became normal, but terror. And the insistence on normalcy just normalizes the terror. A week with three terror attacks across Europe is no longer extraordinary. We have come to expect that there will be men trying to stab and run us over from Paris to Antwerp to London. And we have come to expect another Islamic terror plot targeting Kansas City, Miami, Columbia, New York, San Bernardino, Boston, Tampa, Dallas, Rochester, Springfield and any city.

We don’t know when or where the next attack will come. But we know whom it will come from.

The question is what are we going to do about it? We can pretend to be baffled the next time some Jihadi with a rap sheet taller than the London Eye and longer than London Bridge goes on a killing spree. We can nod our heads while the politicians throw a vigil and encourage a million acts of apathy.

Or we can end the flow of future terrorists and deport the existing ones.

We can listen to King Philippe and “dare to be tender”. Decades of such tenderness are what led us here. Or we can dare to make the hard choices that will make us and our children safe for generations.

Saturday. Wednesday. Thursday. How many more days will it take?