Carter Page is an oil industry executive who advised Donald Trump on energy matters during the presidential campaign. Page's name was raised as a subject of investigations into contacts with Russian energy officials by the Obama Executive Branch. Page was justifiably outraged and released the following letter to the Chairman and Ranking Member of the House Intelligence Committee — Devin Nunes and Adam Schiff respectively.

BY ELECTRONIC MAIL AND REGISTERED MAIL

I greatly appreciated the important hearings you began on Monday and was further encouraged by the request from Chairman Nunes that anyone who has information about relevant topics come forward and speak to the House Intelligence Committee.1 I would eagerly welcome the chance to speak with the Committee to help finally set the record straight following the false evidence, illegal activities as well as other lies distributed by certain politically-motivated suspects in coordination with the Obama Administration, which defamed me and other Americans.

“According to Christopher Steele, a British — a former British intelligence officer, who is reportedly held in high regard by U.S. intelligence, Russian sources tell him that Page has also had a secret meeting with Igor Sechin, CEO of the Russian gas giant, Rosneft. Sechin is reported to be a former KGB agent and close friend of Putin’s.… Is it a coincidence that the Russian gas company, Rosneft, sold a 19 percent share after former British intelligence officer Steele was told by Russian sources that Carter Page was offered fees on a deal of just that size?”2

Amongst many other complete lies, this excerpt from the highly inaccurate dossier concocted by the political consultant Mr. Steele remained one of the primary false allegations against me throughout much of last year. Yet a month after the election, Switzerland-based Glencore plc was revealed as the actual buyer of that stake in December 2016. With respect to potential coincidences as Representative Schiff alluded to, please note that I have never met with any member of that company’s executive management. 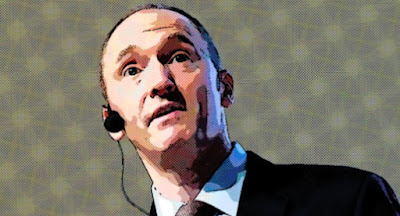 But there is someone who coincidentally has had an exceptionally close relationship with Glencore via its founder. For further background, I would refer you to the 2001 proceedings before the House of Representatives Committee on Government Reform regarding “The Controversial Pardon of International Fugitive Marc Rich”. As then-Representative Bernie Sanders said during those hearings:

Congressman Schiff has recently warned of the potential for any, “deeply disturbing pattern of distraction, distortion and downright fabrication” in the ongoing investigations in the 2016 election.4 You will find that an objective comparison of the false allegations against me regarding my supposed role in the Rosneft transaction and the actual acquirer’s long history of relations with other individuals may stand as the quintessential example of the exact kind of disturbing pattern that you caution against.

Congressman Schiff also cited my prior reference to the hypocritical focus on democratization and efforts to fight corruption. Yet this earlier influence of money in politics and the terrible lapse in judgment may represent a perfect case in point, while my First Amendment rights were more recently attacked. For your information, I was never paid by the Trump campaign and never made any financial contributions to that movement with the negligible exception of purchasing a few Make America Great Again hats and a “Veterans for Trump” button. Furthermore, I have never received any transactions fees, financial compensation, equity stake or related offers from Rosneft – in 2016 or at any point in my life.

Although much consideration on Monday was given to various leakers, the negative impact of complete liars may have proven to be equally damaging to our democracy last year. By all indications, the primary justification for the alleged totalitarian, police state-style surveillance campaign against me was based primarily on outrageous false evidence of the type we repeatedly heard in this week’s hearing. In stark contrast to the fake “intelligence” report that someone apparently provided to HPSCI members as cited by Congressman Schiff, the factual information I can provide you will belatedly prove far more accurate and relevant to your investigations.

Director Comey stated in his testimony on Monday that, “If all they’ve done is lie to a reporter, that’s not against the law.” Certainly this principle applies for whatever political actors gave the dossier to many naively acquiescent reporters. However, providing false evidence to federal authorities and thereby instigating unjustified federal investigations against private citizens is another matter altogether. I hope your committee looks into this potential illegal collusion which apparently occurred between certain political actors and the Obama Administration.

As a First Class Midshipman at the U.S. Naval Academy, I was a Research Fellow with the House Armed Services Committee from September 1992 until May 1993 as part of my Trident Scholar project. I proudly served under the leadership of the late Chairman, Congressman Les Aspin, Ph.D., who first ran for Congress as a peace candidate in 1970 in opposition to the Vietnam War. After the harsh retribution I have withstood for my peaceful personal stance toward Russia, I frankly find it shocking that a few fake news stories and a fabricated political consultant report could have recently risen to become a primary focus of Congress’s consideration today.5 Given the basic principles of serious, data-driven analysis that I watched Congressman Aspin maintain in his painstaking work with the HASC, I hope that the facts I can provide to your Committee will help it rise up to these same higher investigative standards once again.

Extensive recent reporting by the New York Times 6 and other news organizations has been built on a foundation of many falsehoods with potential support from members of the Obama Administration. But these reports have never considered the illegal activities that have severely damaged our democracy and my reputation, despite my informing these media organizations of the continued offenses during the prior Administration. I hope that your Committee can help restore justice this year.

I greatly appreciate the offer of Congressman Nunes for all citizens with information about relevant topics to speak to the House Intelligence Committee. I would look forward to engaging with you, in the interest of finally ending this ruse. Thank you in advance for your consideration.

5 For example, see the letter from then-Senator Harry Reid to Director Comey on August 27, 2016: “…there have been a series of disturbing reports…”
[https://assets.documentcloud.org/documents/3035844/Reid-Letter-to-Comey.pdf]

Stop this madness and waste of our tax dollars and get to the business of exposing the real criminals, the Obama admin and his minions.