HEY, THEY'LL ALWAYS HAVE SOROS: Way Past Time You and I Stopped Funding Public Broadcasting

The liberal media have always had an advantage over conservative media because of their billions of dollars in taxpayer subsidies. But now, if the Trump administration has its way with the budget, the liberal media may be reduced significantly in size.

“Public Radio and Television Stations Face New Threat of Budget Cuts” is the headline over a Wall Street Journal article about proposed Trump administration budget cuts to the National Endowment for the Arts (NEA), the National Endowment for the Humanities (NEH) and public broadcasting. These cuts “are being considered to offset the Trump administration’s proposed increase in defense spending,” the paper said.

Almost $13 billion has been spent by Congress on the Corporation for Public Broadcasting (CPB) since 1969.

The Heritage Foundation’s “Blueprint for Balance: A Federal Budget for 2017,” proposes the complete elimination of the CPB, saving the taxpayers $445 million in fiscal year 2017. The CPB funds public radio and TV.

Accuracy in Media, the oldest media watchdog group, has long argued for the elimination of taxpayer subsidies for public television and radio. “There was a time when non-commercial public broadcasting may have offered an alternative that people couldn’t find elsewhere,” we pointed out back in 2005. “With the rise of cable television and talk radio, however, U.S. taxpayer underwriting of television and radio is no longer needed. The public should not have to subsidize public broadcasting through tax dollars or tax breaks.”

Since then, many more options have become available, including Internet-streaming television services such as Roku, which enable consumers to bypass cable and satellite TV.

Earlier this year Rep. Doug Lamborn (R-CO) introduced two bills, H.R. 726 and H.R. 727, to defund the Corporation for Public Broadcasting and National Public Radio (NPR). In a statement he declared, “With the national debt nearing a staggering $20 trillion, the government cannot continue to subsidize private organizations that are more than capable of being fully privately-funded. This is not about content, as CPB certainly airs some quality programs; the point is that it is perfectly capable of standing on its own two feet and not on the financial shoulders of the American taxpayers.”

Examples of biased public radio and TV programs are numerous. In his December 16, 2016 AIM Center for Investigative Journalism (CIJ) report, “Ken Burns: Student of History—or Left-Wing Gasbag?,” writer Arne Steinberg documented how PBS documentary creator Ken Burns is “a significant cog in the left-wing propaganda machine,” based on his service to the Democratic Party and opposition to Donald Trump. 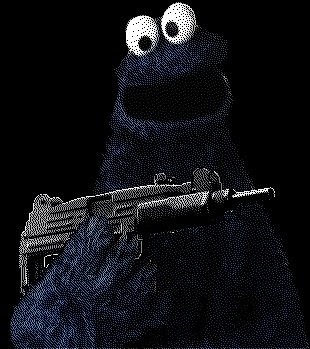 The Heritage Foundation’s Hans A. von Spakovsky drew attention to this year’s scheduled participation by PBS vice president Toby Chaudhuri in a “partisan gathering intended to organize political resistance to Donald Trump and Republican legislators.” The anti-Trump event was titled “The Rise Above Conference.” Sponsors included the Southern Poverty Law Center and the ACLU.

Speakers included Dawn Laguens of Planned Parenthood on “Activism 201: Sustaining a Movement,” and Mark Schauer of the National Democratic Redistricting Committee on “The Reality of 2018 and the Hope for 2020.”

Having served as deputy press secretary to Al Gore’s 2000 presidential campaign, Chaudhuri worked with President Obama’s administration on “race-based initiatives and democracy and governance projects around the world for the U.S. State Department.” He also worked for then-Senator Harry Reid (D-NV) and Senator Kirsten Gillibrand (D-NY).

After word of his participation in the anti-Trump event leaked out, PBS issued a statement saying that Chaudhuri had been notified last year that his employment was ending and that he was due to leave PBS prior to the controversial partisan event. “His participation in this event was not approved by PBS,” it said. “His role as described would be a violation of our commitment to nonpartisanship.”

Chaudhuri had served in the position of Vice President for Strategic Communications and National Partnerships at PBS.

With the new federal budget proposal scheduled for public release on Thursday, one can anticipate that officials at public broadcasting will be putting on their non-partisan faces, in order to avoid proposed cuts. We at AIM have heard this song many times before.

The media will play their familiar roles, as The New York Times is already out with a story about how Trump is proposing to “slash” areas such as public broadcasting, and how poor people will suffer as a result.

Perhaps Carlos Slim, the Mexican billionaire who underwrites the operations of the Times, can pick up the projected decline in funding for public broadcasting.

The largest stockholder in the paper, Slim’s net worth is $50 billion, according to Forbes. He could easily fill the void of $445 million that would be eliminated in taxpayer subsidies for public TV and radio. Or perhaps another billionaire, Washington Post owner Jeff Bezos, could write a check.

Not only that, but they are CONSTANTLY fundraising from viewers, at least they used to be when i was fool enough to waste my time watching them. I gave up watching them about 25 years ago, but wouldn't be surprised if they are still Schnorering.

That will give you an idea of who the subversives are that they supported, what they were broadcasting and when.

If I had a nickel for every time a liberal said some Republican or another was "trying to kill Big Bird" (currently alive and well on HBO), I'd be richer than Soros.