Former President Barack Obama made a last-minute change to the way wiretapped intelligence is shared Jan. 12, which may have contributed to the proliferation of leaks plaguing the Trump administration.

The change was part of a post-9/11 push by the executive branch to increase intelligence sharing, to ensure that NSA analysts do not miss critically important information. The change is “simply widening the aperture for a larger number of analysts, who will be bound by the existing rules,” the Office of the Director of National Intelligence said at the time. 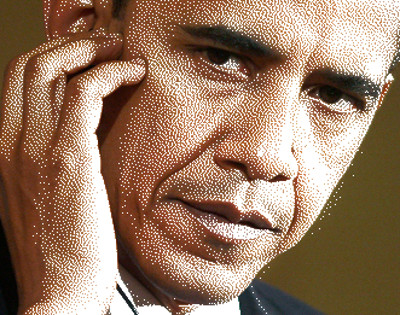 “We have people spouting off who don’t know the difference between FISA surveillance and a wiretap or a counterintelligence probe versus a special prosecutor criminal case, and it has hurts our ability to get to the truth and has wrongly created the impression that intelligence officials have a political agenda,” a U.S. intelligence official told Circa Wednesday.

These globally-intercepted communications included conversations during the presidential transition between then National Security Advisor-designate Michael Flynn and Russian Ambassador to the U.S. Sergey Kislyak. These communications were leaked by elements within the intelligence community to the Washington Post, prompting a government scandal and the resignation of Flynn in disgrace.

These leaks also likely constitute communications between Trump campaign officials and Russian intelligence officials, which were reported by the New York Times. “I think President Obama’s behind it, because his people are certainly behind it,” Trump told Fox News in late February. He continued, “some of the leaks possibly come from that group. You know, some of the leaks, which are really very serious leaks, because they’re very bad in terms of national security, but I also understand that’s politics. And in terms of him being behind things, that’s politics, and it will probably continue.”

The NYT Ministry of Truth 'explanation' has some parts that must have been hard to write with a straight face.

The move is part of a broader trend of tearing down bureaucratic barriers to sharing intelligence between agencies that dates back to the aftermath of the terrorist attacks of Sept. 11, 2001.

In July 2008, the same month Congress passed the FISA Amendments Act, President George W. Bush modified Executive Order 12333, which sets rules for surveillance that domestic wiretapping statutes do not address, including techniques that vacuum up vast amounts of content without targeting anybody.

After the revision, Executive Order 12333 said the N.S.A. could share the raw fruits of such surveillance after the director of national intelligence and the attorney general, coordinating with the defense secretary, agreed on procedures. It took another eight years to develop those rules.

However, under the rules, if analysts stumble across evidence that an American has committed any crime, they will send it to the Justice Department.

The limits on using Americans’ information gathered under Order 12333 do not apply to metadata: logs showing who contacted whom, but not what they said. Analysts at the intelligence agencies may study social links between people, in search of hidden associates of known suspects, “without regard to the location or nationality of the communicants.