Where is the Democratic party? The party of political giants like FDR, LBJ and JFK is missing in action along with the letters that defined its heroes. This is now the party of Obama, Schumer, Pelosi - a facsimile of the past and a party without direction and policy guidelines.

America needs a two-party system. Differences are desirable within a Constitutional framework. Parties have served the nation well; albeit exceptions abound.

However, in my opinion, the nation has entered a new phase in party history. The Democratic party has become the party of NO. It stands against Trump, but it offers almost nothing of substance. A party that was the incubator of ideas is now bereft of them. More importantly, the Democratic party is intent on using any method in its quiver to hurt Republican counterparts. Politics may not be bean bag, but it wasn't a bloodsport until recently. Now Democrats view Republicans as the "enemy" and, of course, enemies must be defeated.

There was a time when Republicans were merely "foes" and "rivals." Those days have passed. Now lies, character assassination and personal vindictiveness are fair play. Anything goes in a world where winning is all that counts. What this means, of course, is that partisanship makes it far more difficult to govern.

During the 2012 campaign Senator Harry Reid said Mitt Romney did not pay his taxes. This claim was a bald faced lie. In fact, Mr. Reid admitted as much. Yet he also claimed this tactic was acceptable. For Reid, it shows something about political verve. What it shows is that lying is okay as long as it undermines the enemy. 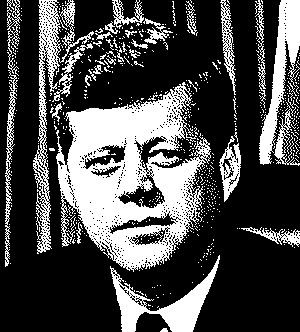 This is the path to a political nightmare in which crushing the opposition is all that counts. But politics is not Vince Lombardi football; the opposition stays in the halls of Congress, continues to play a role and may be needed to get legislation passed even after electoral defeat. How can a modicum of cooperation be engendered in the present environment? Moreover, Democratic leadership has made up its mind that the present anti Trump strategy will be to resist. Tom Perez and Keith Ellison, the two newly named heads of the Democratic National Committee, have made it clear that they will resist this president even before a political offer is made. This is the politics of preemption. Reject even those offers that might benefit your party and could benefit the country.

It is instructive that two of the most radical voices in the Democratic party now represent its leadership. So far in the hard core left direction have Democrats gone that Mr. Ellison who once supported Reverend Farrakhan and who routinely made anti-Israel and - some would contend - anti-Semitic comments is supported by Senator Charles Schumer, a self-described moderate and a booster of Israeli-American relations. Schumer can read the handwriting on the wall. The party is in thrall to the hard left leaving in the dust an organization that was thoughtful and largely pragmatic.

This is the new Democratic party, one that shuns pragmatism and embraces ideology. In fact, the former head of the Democratic National Committee at the last party convention could not distinguish between socialism and Democratic positions. Alas, few Democrats can - the party is ensconced in the febrile left with little room for any other position.

What this means is that the Democratic party is working vigorously to be a marginal organization operating at the fringes of politics. Winston Churchill understood why this movement to the left is bound to fail by noting: "Socialism is a philosophy of failure, the creed of ignorance, and the gospel of envy, its inherent virtue is the equal sharing of misery."

How can you say that the Dems are a 'party without direction and policy guidelines' when, clearly, they have been fully enveloped on Marxism, they're communuists---their direction is to bring down the United States republic, and their policy to to do it at any cost, even if they have to burn the damned thing down to the ground?