FREEDOMWORKS: Time for the GOP to Stop Grandstanding and Follow Through With Their Campaign Promises

I think FreedomWorks has this absolutely right. The House GOP was happy to pass dozens of faux Obamacare repeal bills when they knew President Obama was poised to veto anything that hit his desk.

Now, when they have the actual power to force through pretty much anything they want (after all, the Democrats used every trick in the book to get Obamacare passed, including "budget reconciliation"), they fold like cheap accordians.

These weaklings, led by Paul Ryan and Mitch McConnell, got elected by promising the American people they would eviscerate Obamacare "root and branch".

It's time these sellouts grew some spines and actually did something historic: follow through on their campaign promises. 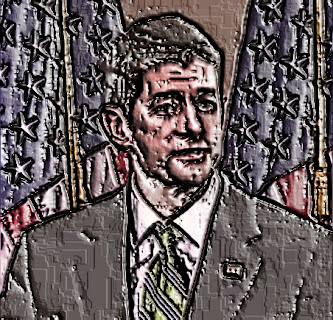 “The talk about Plan A being the only plan is wrong. This is Plan B, and it left too much of ObamaCare’s core structure in place. Plan A is the 2015 reconciliation bill repealing ObamaCare, and Speaker Paul Ryan said it was the ‘clear path’ to repeal ObamaCare under a Republican president.

“Instead of trying to twist the arms of principled conservatives, Paul Ryan should pressure moderates who were just grandstanding last time. We urge him to bring up that bill again and add Medicaid reform, HSA expansion, and pursue repeal or sunset of ObamaCare regulations that are driving up the cost of health insurance. We urge our activists to give him a call and suggest he keep his word.

As an aside, I want to commend Jim Jordan and the House Freedom Caucus for standing strong.

This AHCA bill was a hot, stinky mess -- and it would leave Republicans bearing the burden for every thing that went wrong with Americans' health care.

It deserved to die a quick and painful death.

Please, the "cheap trick" was Deeming.
May they rot.

These fools obviously are not working for the people and are part of the "Uniparty" Dems/GOP mix fed by corporate and other funds. It is clear we have only a few truly Conservative people in Congress with integrity to get rid of Obamacare. We need to vote out all these people as if we don't drain the swamp from the top it just makes it harder.