The seriousness of the illegal sales to Iran were so extreme and continued for so long — from 2010 to last year — the Department of Justice (DOJ) imposed a record $1.19 billion fine on the ZTE Telecommunications company, making it the largest penalty ever imposed in a U.S. sanctions case.

The Chinese firm hired the Podesta Group, one of Washington’s biggest and best-connected lobbying companies in the nation’s capital, in January 2016. ZTE retained Podesta’s personal help as negotiations intensified for a final resolution with DOJ during the final year of President Barack Obama’s tenure in the White House.

The Shenzhen-based company pleaded guilty on March 7 to violating a 22-year-old ban on shipments to Iran, including “conspiring by illegally shipping … U.S.-origin items to Iran, obstructing justice and making a material false statement,” according to the DOJ. 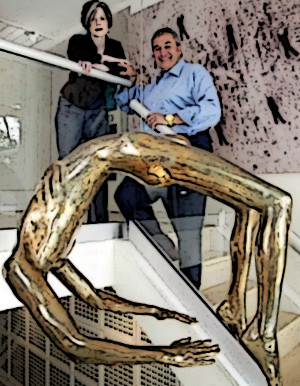 “We are putting the world on notice: The games are over,” said Commerce Secretary Wilbur L. Ross when the guilty plea settlement was announced. “Those who flout our economic sanctions and export control laws will not go unpunished — they will suffer the harshest of consequences.”

The ZTE equipment included network servers, optical devices and other telecommunication equipment, but also shipped surveillance software that could be used to spy on Iranian dissidents, DOJ said.

ZTE paid Podesta $35,000 per month as negotiations peaked in 2016, according to data provided by the Center for Responsive Politics. The payments to the Podesta Group began in January 2016 and continue to this day, according to his company’s lobbying disclosure forms.

The firm reported its activities to the clerk of the U.S. Senate, including actively lobbying officials at the departments of Justice, Commerce, Treasury and State, as well as the White House National Security Council (NSC).

Podesta did not report his representation of ZTE to DOJ under the Foreign Agents Registration Act (FARA), and reports to the Senate clerk are much less detailed than those required under FARA.

Last year, Podesta also avoided FARA regulations with another foreign-based client, Sberbank, Russia’s largest bank. Podesta received $170,000 for six months of work as he sought to lift U.S. economic sanctions then weighing on the Russian bank, but did not report it under FARA, as reported by TheDCNF on March 6 and March 7.

ZTE’s problems did not occur overnight but have been known throughout the nation’s capital since 2012. The case broke that year when the House Intelligence Committee released a scathing report that criticized the national security risks posed by ZTE and its Chinese competitor Huawei.

The House Intelligence Committee concluded that “Huawei and ZTE have failed to assuage the committee’s significant security concerns presented by their continued expansion into the US … In fact, given their obstructionist behavior, the committee believes addressing these concerns have become an imperative for the country.”

Huawei eventually abandoned the U.S. market after intelligence officials alleged it was a national security threat to the United States as a potential cyber mole for the Chinese government.

Podesta also represented ZTE in 2013 to encourage the departments of Defense and State to maintain “open and transparent markets in U.S.-China trade relations,” according to a Reuters report that estimated ZTE paid Podesta $1.44 million in fees though March 2016.

Podesta organized a team in January 2016 comprised of 11 lobbyists to defend ZTE in the criminal investigation. Ten members of the team previously worked at either the departments of State, Defense or Commerce, or the NSC, including David Adams, who was the assistant secretary of state under Hillary Clinton.

Another team member was Mark Tavlarides, who served as a special assistant for international security affairs at the Defense Department and at NSC under former President Bill Clinton.

ZTE’s stonewalling of federal agencies has been considered legendary. The UK’s Guardian, which covered the case, reported the company “refused to provide any documents on its activities in Iran, but did provide a list of 19 individuals who serve on the Chinese Communist Party committee within the company.”

Matthew Whitaker, a former U.S. attorney who founded the nonprofit government watchdog group Foundation for Accountability and Civic Trust (FACT), told TheDCNF, “ZTE clearly understood what they were doing. The extreme level of deception of their lawyers and their consultants is why the U.S. Government used such a heavy hand.”

Another lawyer who represented one of the U.S. companies affected by ZTE’s illegal activities told TheDCNF that “they are persona non-grata within the government because of the intelligence concerns that have been raised in the past.”

The attorney, who requested anonymity, said he wasn’t surprised by ZTE’s hiring of Podesta. “When you have a desperate client, a desperate client goes to desperate means. And Podesta was so close to the prior administration,” he said.

TheDCNF sought comments from ZTE, its attorneys and the Podesta Group but none were received.

Rewind to the first iraq war... The no fly zones ...in 2001
Huawei Technologies was identified by U.S. intelligence as one of three Chinese telecommunications companies that violated U.N. sanctions against Iraq by building a fiber-optic communications network there. That network was targeted in U.S. and British bombing raids against Iraqi air-defense sites several months ago.
Zhongxing Telecom has been building telephone networks in Serbia.
http://www.washingtontimes.com/news/2001/sep/28/20010928-025638-7645r/
Nuclear Option...
Not a phrase restricted to congress anymore. Shall take on an entirely new meaning very soon.

Say where does N.Korea get all it's plutonium and uranium for multiple tests per year?
Iran is the answer, shipped to them in from the ruskies, shipped to the testing site in N. Korea ...
Sum of All Fears.
Sink all Iranian shipping Now. Before we get that uranium returned, free of charge H/t American enemies.