The media continue to publish and broadcast stories about how Donald Trump won the election with the help of the Russians, calling this "collusion," though no such evidence has surfaced. Former Director of National Intelligence James Clapper has stated  that he had "no knowledge of evidence of collusion between Russia and the Trump campaign." Assertions of Russian influence have been latched onto by Democrats and a liberal media with the sole intention of delegitimizing the Trump administration.

After all, the media, and Democrats, clearly would prefer to return to the age of Obama. While hearings are planned  for March 20 by the House Intelligence Committee to look into the issue of Russian influence in the presidential election, as well as President Trump's claim that Obama ordered wiretaps and surveillance on parts of his campaign-charges that have repeatedly been called "baseless"-there are other tracks  that I have suggested that investigators and journalists should probe.

If Congress is looking for something to investigate, it should perhaps start first with the shadow apparatus that Obama has erected for himself after leaving office. Our former president has set up shop just a couple of miles from the White House, and brought along his top adviser, Valerie Jarrett, who has reportedly moved into the Obama's new home. Obama is continuing to influence Washington, D.C. and nationwide politics through the mobilization of tens of thousands of volunteers under the umbrella of Organizing for Action (OFA). Oddly, on Twitter, Obama continues to identify himself as president , rather than as a former president. 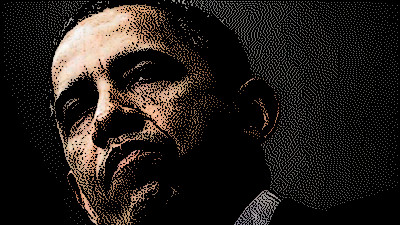 "Unbeknownst to most Americans, Barack Obama is the first ex-president in 228 years of U.S. history to structure and lead a political organization, a shadow government, for the explicit purpose of sabotaging his successor-duly elected President Donald Trump," writes  Scott S. Powell for American Thinker. Obama's group, OFA, has been organizing with the Soros-linked Indivisible.

Powell writes that "The modus operandi of OFA comes right out of Obama's support and sympathy for Marxism and his background as a left-wing community organizer. It's a combination of agitation and propaganda-much like old-style Soviet agitprop, and Saul Alinsky's Rules for Radicals."

Indivisible's tactics are designed to thwart the democratic process. One Louisiana chapter, Indivisible Acadiana, run by James Proctor, attempted to override the input of district residents at a local town hall organized by Sen. Bill Cassidy (R-LA). According to  Breitbart, local radio station KPEL captured audio of Proctor saying, "Game plan number one is to fill as many seats as we can, right? If it's all of us in there and the poor people of Breaux Bridge are sitting behind us, well then tough luck for them."

"If we can arrange it so he doesn't hear one sympathetic question-great. That only magnifies our impact," he said. In other words, the protestors want to drown out local residents' voices in favor of pushing a radical agenda.

"The [Indivisible] manual ...advises protesters to go into halls quietly so as not to raise alarms, and ‘grab seats at the front of the room but do not all sit together,'" writes  Paul Sperry for the New York Post. "Rather, spread out in pairs to make it seem like the whole room opposes the Republican host's positions. ‘This will help reinforce the impression of broad consensus.' It also urges them to ask ‘hostile' questions-while keeping ‘a firm hold on the mic'-and loudly boo the GOP politician if he isn't ‘giving you real answers.'"

OFA endorses similar tactics. According to Powell, "A week before the town halls started, OFA released its ‘Congressional Recess Toolkit;' a training manual for activists and demonstrators, invoking them to go in groups and get to meeting halls early and ‘spread out...throughout the front half of the room, [which] will make the perception of broad consensus a reality for your member of congress.'"

"So perception drives fake news which is intended to drive reality," writes Powell. This type of astroturf feeds the liberal media narrative that Trump has no mandate and is opposed by the public.

Although not as serious, these tactics are reminiscent of the "bird-dogging" tactics which Project Veritas connected to Democratic operative Robert Creamer. "Creamer was exposed by James O'Keefe's Project Veritas as the key figure in a complex scheme involving a tactic called ‘bird-dogging,' which involved planting trained activists at Donald Trump's campaign rallies and other Republican events," reports  Breitbart. "The activists were trained to provoke members of the audience into reacting violently, and to provide footage to the media."

Creamer is a convicted felon, and husband of Democratic congresswoman Jan Schakowsky (IL). He visited the Obama White House 340 times, including 45 visits with Obama himself. By comparison , and an indication of priorities, Obama's Defense Intelligence Agency (DIA) director of two years, Lt. Gen. Michael Flynn (Ret.), never met once with Obama.

Rep. Louie Gohmert (R-TX) has argued  that some of the protesters are being paid to disrupt town halls. "Unfortunately, at this time there are groups from the more violent strains of the leftist ideology, some even being paid, who are preying on public town halls to wreak havoc and threaten public safety," he said. Politifact ranked this assertion as "false ," but that misses the big picture. Similarly, Politico printed the story, "No evidence town hall protestors are being paid ."

The big picture is that these groups are organizing together, both paid and unpaid.

Politico's and Politifact's assertions may not be the whole story. According to a 20-minute documentary by Trevor Loudon, "America Under Siege: Civil War 2017 ," Scott Foval, National Field Director for Americans United for Change, said , "I'm saying we have mentally ill people, that we pay to do s-t, make no mistake."

It is unrealistic, then, to assume that all of the organized protestors are unpaid.

Matthew Vadum, senior vice president at the Capital Research Center, has noted  that "At least three of the group's [Indivisible's] five principals...have ties to organizations funded by George Soros."

"He's [Obama is] working behind the scenes to set up what will effectively be a shadow government to not only protect his threatened legacy, but to sabotage the incoming administration and its popular ‘America First' agenda," asserts  Sperry of the New York Post.

As the media continue to obsess about the Russians, and what influence they may have exerted during the presidential campaign, few reporters are taking a hard look at Obama's continued political influence over organized protests meant to undermine Trump. As Loudon explores in his documentary, the protests are being organized by members of the Workers World Party and Freedom Road Socialist Organization. If the press wants to investigate subversion, it should refocus its sights on these organizations, as well as Organizing for Action, not bogus claims about Russian influence.

-- "If we can arrange it so he doesn't hear one sympathetic question-great. That only magnifies our impact..."--

Were I unfortunate enough to be a Congressman, I would open my “town hall” with the following statement:

“Ladies and gentlemen, I’ve already heard about the mistreatment several of my Congressional colleagues have received from professional agitators. I didn’t come here to be shouted at or abused, so I’ve posted a few dozen plainclothes security personnel among you. They’re armed with Tasers and handguns, and you will not know who they are unless one of them needs to act. No one will be permitted more than one question, no one will be permitted to speak for more than thirty seconds, and no one will be permitted to retain the microphone once he’s asked his question. Anyone who violates those limits or who abuses me, in my opinion, will be forcibly subdued and ejected. Now, who has a question?”

At the very least, it would get their attention.

This seditious, anti-American agitator needs to be arrested. He never should have been allowed to have been close to any seat of power, much less President for 8 disastrous years.

I totally agree, obozo should've never been allowed anywhere near the Oval Office. We'll be fixing his treasonous acts for years, if not decades.