In a move that will likely provoke further media, and pundit, fury despite it being a routine act that is concurrent with every change in administration, Attorney General Jeff Sessions has asked all remaining Obama-appointed U.S. Attorneys for their resignation.

Sarah Isgur Flores, Director of Public Affairs at the Department of Justice, released the following statement:

"As was the case in prior transitions, many of the United States Attorneys nominated by the previous administration already have left the Department of Justice. The Attorney General has now asked the remaining 46 presidentially appointed U.S. Attorneys to tender their resignations in order to ensure a uniform transition. Until the new U.S. Attorneys are confirmed, the dedicated career prosecutors in our U.S. Attorney's Offices will continue the great work of the Department in investigating, prosecuting, and deterring the most violent offenders." 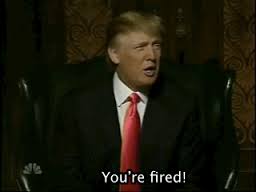 However, as NBC adds, Preet Bharara is one of the Attorneys asked to resign, suggesting that something may have changed in the amicable realtionship between Trump and Bharara in the past few months.

The issue of removing U.S. attorneys at the change of administration has been a contentious one in past years. According to Politico, in 2007, President George W. Bush’s administration sought to defend his firing of eight U.S. attorneys by asserting that President Bill Clinton had fired all sitting U.S. attorneys in 1993 “in one fell swoop,” as a top aide to Attorney General Alberto Gonzales put it. However, that was not true. In both the Clinton and Bush administrations, the vast majority of U.S. attorneys were replaced in the first year, the Los Angeles Times reported in 2007. The Clinton team asked for resignation letters in March, but also allowed many prosecutors to stay until their successors were confirmed. Trump has not yet formally nominated anyone to a U.S. attorney post.

Today's decision, long-overdue accoring to many, comes less than two months after then President-elect Trump said on January 18 he would allow U.S. attorneys appointed by President Barack Obama to remain in their roles for the time being.  Before the announcement, officials in several U.S. attorneys’ offices told The Huffington Post they had received no guidance from the incoming administration on whether they were expected to resign when Trump became president.

“Currently serving U.S. Attorneys and U.S. Marshals were informed today that they are able to stay in place after January 20th while the process for identifying and confirming successors is further determined,” Wyn Hornbuckle, a DOJ spokesman, said in a statement. The Executive Office for United States Attorneys informed the officials of the decision, he said.

As a reminder, it is standard practice for a new president to appoint his own U.S. attorneys, who are political appointees.

In retrospect, this decision should perhaps have been taken earlier, especially in the context of the constant pushback Trump's immigration EO - both original and revised - has received by various Obama-appointed Attorneys in the past month.

The bottom line, however, is that what Sessions has done, is considered standard operating procedure, and if anything Trump was late making the announcement. Sessions’ request for the U.S. attorneys’ resignations comes as he prepares to implement a series of significant policy shifts at the department, pushing for tougher prosecution of gun and drug offenses and parting company with the Obama administration’s embrace of more lenient sentences for some drug convicts.