REMEMBER FEBRUARY? When an NSA Whistleblower Stated that Obama was... Wiretapping Trump?

Brian points us to a little-remembered interview conducted by Aaron Klein last month.

In it, an NSA whistleblower revealed -- with absolute certainty -- that the Obama administration was tapping the phone calls of his party's opposition candidate. 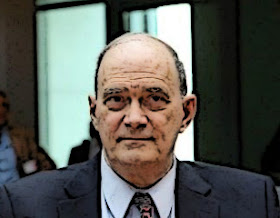 Binney was an architect of the NSA’s surveillance program. He became a famed whistleblower when he resigned on October 31, 2001 after spending more than 30 years with the agency.

Asked whether he believes the NSA is tapping Trump, Binney replied: “Absolutely. How did they get the phone call between the president and the president of Australia? Or the one that he made with Mexico? Those are not targeted foreigners.”

Binney further contended the NSA may have been behind a data leak that might have revealed that Michael Flynn...

Say, who could have predicted that the same administration that used the IRS to target political opponents; who wiretapped the Associated Press, Fox News reporter James Rosen, and Rosen's parents; and who tripled the number of warrantless wiretaps of U.S. citizens (per the ACLU) might have also targeted Donald Trump?

I'm just about to hang up the suit, put on the fatigues and get ready for battle. Progressives will not acknowledge the laws of our Republic and words have failed. EOM......