Another Judicious Use of Taxpayer Funds: Obama Administration Spent $1 Billion On Propaganda in 2010

Just when you think that waste in government can't get any worse, you get a nice thwack in the forehead with a report like this:

Report: US government spent at least $945M on advertising in 2010

Federal agencies spent at least $945 million on contracts for advertising services in fiscal year 2010, and that sum doesn't include all public communications expenditures in the agencies reviewed or even all of the executive branch, a congressional report out last week shows. 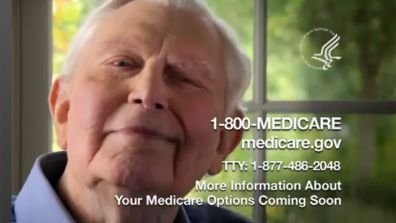 Congressional Research Service reported that the calculation was incomplete since the total sum may never be fully known.

...The report says that advertising serves many purposes, including informing the public of its rights and entitlements; telling the public of the agency's activities; inviting public comment on proposed rules; warning the public of perils; and discouraging harmful or dangerous behaviors...

...Congress has criticized government spending on advertising on two recent occasions, [including] in August 2010, when House Republicans on the Oversight and Government Reform Committee faulted seven agencies for engaging in propaganda to promote the Patient Protection and Affordable Care Act.

Yes, it's of the utmost importance to advertise non-stop to the American people to ensure as many as possible become dependent on government before the 2012 elections.

I wonder how the media could possibly show their appreciation for those big ad buys in any meaningful way? But how? How would you begin to tell the bestest President in the whole wide world that "gosh darnit, we sure do appreciate it"?