Tammy Bruce asks, "[H]ow much longer will we allow the media and political establishment to inflame racial tensions with deliberate lies? It’s not going to be any of the Lamestream Media anchor lives that are ruined–it’s all of us who apparently they see as collateral damage. You simply have to ask, why is all the media pushing the after set of pictures of Zimmerman and Martin? Hmm?" 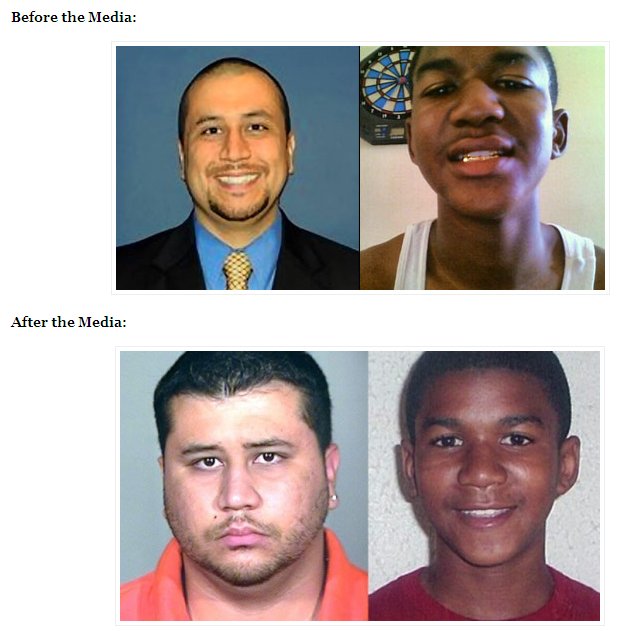 Dave Blount at Moonbattery offered his own version of fauxtography, something that could have come from Reuters' Middle Eastern Bureau:

Not to be outdone, Sad Hill News created a gratis version for the Associated Press:

Proving, once again, that legacy media is both a disgrace and a joke.