National Geographic is commemorating the 100th anniversary of the SS Titanic's fateful voyage with new images constructed using a "mosaic" of photographs that are stitched together digitally. The results are fairly spectacular.

On 10 April 1912, the largest and must luxurious liner in the world -- the SS Titanic -- departed Southampton, England on her maiden voyage to New York City. 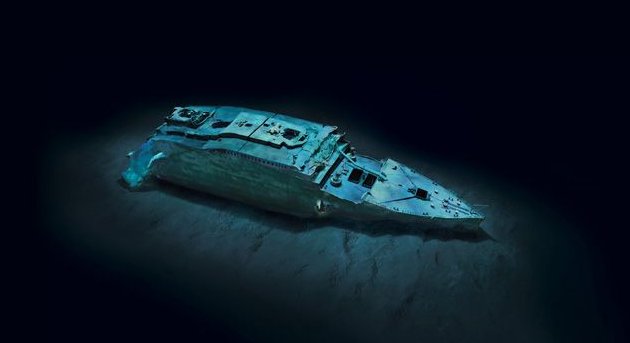 Upon striking an iceberg, it sank rapidly, overwhelming the capacity of the lifeboats and costing 1,517 their lives. 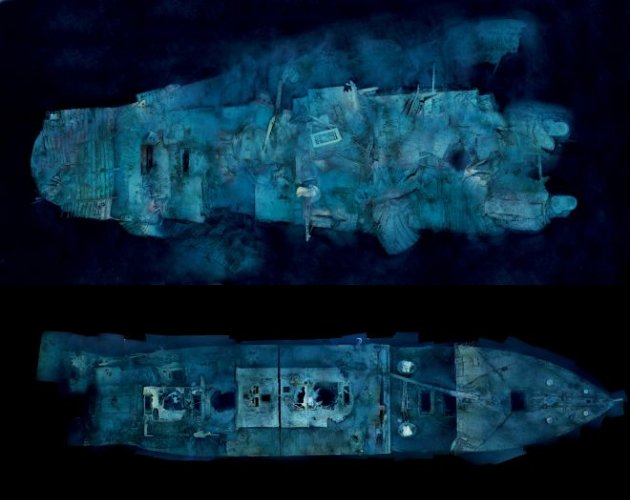 The stern (top image) and bow (bottom) of the ship were separated during the catastrophic sinking. These images were constructed using "optical mosaics" of hundreds of high-resolution photographs, stitched together using sonar location data. 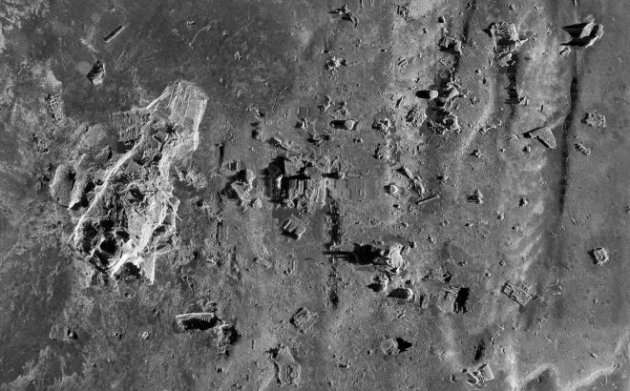 "This composite image, released by RMS Titanic Inc., and made from sonar and more than 100,000 photos taken in 2010 from by unmanned, underwater robots, shows a small portion of a comprehensive map of the 3-by-5-mile debris field surrounding the stern of the Titanic on the bottom of the North Atlantic Ocean. The luxury passenger liner sank about 375 miles south of Newfoundland, Canada."

This is the bow on the ocean floor.

You can see the entire album here.

at 8:04 PM
Email ThisBlogThis!Share to TwitterShare to FacebookShare to Pinterest
Labels: Scitech