This is starting to get interesting. The way Obama is playing his hand, all the bad actors – Russia, Syria, Iran, the Islamists and Turkey - stand to gain influence in the region at America’s expense. Let’s hope our people (and the Republican candidates) come to realize before the election that it’s more than just the economy, stupid, it’s our deteriorating position in the world.

MOSCOW, Russia - A Russian military unit has arrived in Syria, according to Russian news reports, a development that a United Nations Security Council source told ABC News was "a bomb" certain to have serious repercussions. 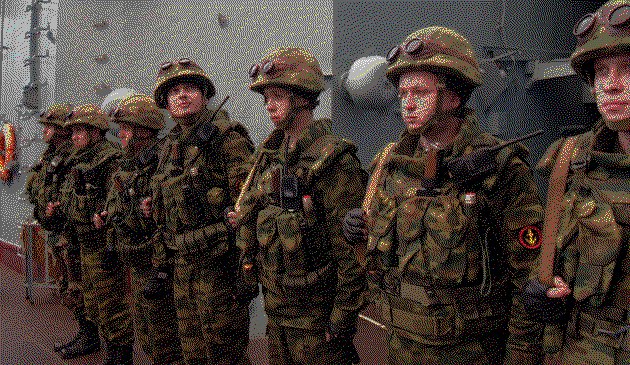 Russia, one of President Bashar al-Assad's strongest allies despite international condemnation of the government's violent crackdown on the country's uprising, has repeatedly blocked the United Nations Security Council's attempts to halt the violence, accusing the U.S. and its allies of trying to start another war.

Now the Russian Black Sea fleet's Iman tanker has arrived in the Syrian port of Tartus on the Mediterranean Sea with an anti-terror squad from the Russian Marines aboard according to the Interfax news agency. The Assad government has insisted it is fighting a terrorist insurgency... The presence of Russian troops in Syria could be a "pretty obvious" show of support to the regime, according to Russian security expert Mark Galeotti.

...Moscow has long enjoyed a cozy relationship with the Assad regime, to which it sells billions of dollars of weapons. In return Russia has maintained a Navy base at Tartus, which gives it access to the Mediterranean.

...Russia's Defense Minister Anatoly Serdyukov denied reports that Russian special forces were operating inside Syria. He did say, however, that there are Russian military and technical advisors in the country.

U.S. State Department spokesperson Victoria Nuland said the U.S. government had not heard of the reports of Russian troops in Syria and declined to comment.

Everything the Obama administration touches turns to crap. From the "Stimulus", to health care, energy, the Middle East, you name it. As Mark Levin aptly puts it, "Obama is a human wrecking-ball." And I see no evidence to the contrary.

This report is so spin-doctored and skewed it should be trashed or rewritten.

Here's what honest news outlets are reporting:
(1) The RUS ship that docked in Syria is part of a small fleet that has been contributing to anti-piracy patrols
(2) The ship docked on schedule for routine supply and logistics purposes
(3) The number of RUS marines (which the spin-doctors are calling "anti-terrorist" troops, but who are in fact just RUS marines) is too small to have anything other than a symbolic impact, even IF you believe the spin about their purpose
(4) The only news outlets (aside from spin-doctor blogs like this one) that are reporting this event as RUS support for Assad are *Arab language* news outlets.

So, you can pat yourself on the back as falling below even Al Jazeera's standards for reporting.

Here's a more neutral source, if you give a rat's a$$ about the Truth (or Democracy, for that matter);
http://articles.businessinsider.com/2012-03-20/europe/31213279_1_russian-troops-russian-embassy-syrian-port