The race-baiters get what they wanted from Trayvon's death: civil unrest

The professional race-baiters -- including, but not limited to, Al "Not So" Sharpton and Jesse Jerkson -- raced to Florida even before all of the facts related to Trayvon Martin's fatal shooting were known.

The results? All too predictable. 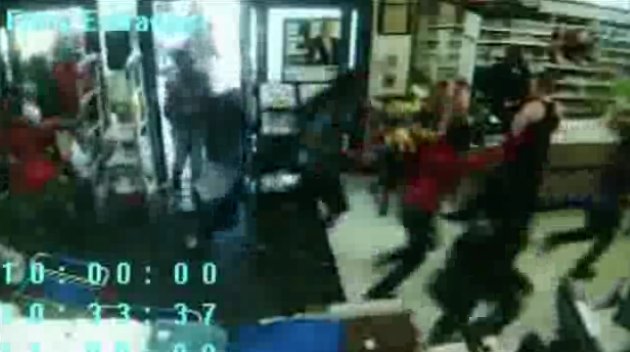 The incident occurred during a walkout from North Miami Beach Senior High School in support of Martin, 17, who was fatally shot in Sanford... Surveillance video shows dozens of teenagers running through the store. Police said about 80 to 100 students stormed in, ransacking the shelves, before the school's vice principal ordered everyone outside.

That legacy media still gives any credence whatsoever to the loathsome Sharpton is proof that they are an anachronism, as relevant as a fossilized pigeon in a tarpit.

So let me get this straight: Since a white kid got murdered in Mississippi by black kids, if I'm white I can go knock over a liquor store?
These are the new rules?

These aren't demonstrators, they are thieves and thugs using race to cover up their actions.