The Intelligensia at the Washington Post: So Polluted With Statism, Even Automobile Reviews Are Political

It's one thing to suffer through the tortured secretions of Washington Post hacks editorial writers like, say, E.J. Dionne. Everyone knows his mind has been so poisoned with Statism that he now conflates fidelity to the Constitution with "judicial activism".

But it's quite another to read political drivel in a WaPo automobile review, written by someone who claims to be named "Warren Brown".

I like the clean design of the stately-bordering-on-prim Honda CR-V. It appeals to my inner Rick Santorum. But I absolutely love the swank swagger of the Mazda CX-5’s body. It addresses the dominant, motivating Barack and Michelle in me. There is an audacious flow about it front to rear... 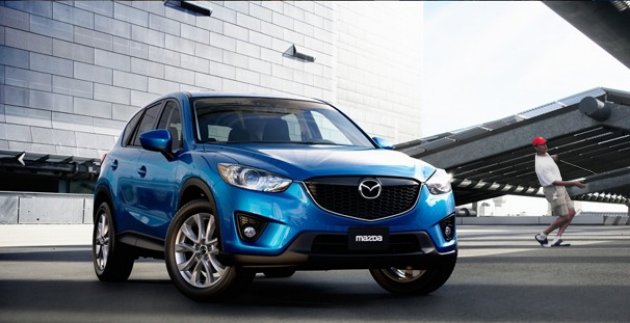 ...The three-point grille (left corner, right corner, bottom-connecting corner) opens gently, almost with a smile. The side panels are rhythmically muscular, as if they are involved in dance. The rear end with its upward-tilted bottom, slanted back window and sloping, roof-mounted air spoiler, is downright sassy.

It's unclear which rear end he's referring to. Is it that of Barack or Michelle?

Legacy media: so good at journalism stuff it's scary.