Isn't it time legacy media vetted Obama -- or do they just want to wither and die, leaving real journalism up to the Army of Breitbarts? I'm wagering on the latter.

The Iranian regime is behind a global, anti-Israel protest movement that has attracted endorsements from former government officials and allies of President Barack Obama—including his longtime pastor and mentor, Rev. Jeremiah Wright.

Billed as a purely peaceful protest movement, the Global March to Jerusalem (GMJ) is an amalgam of anti-Israel activists from across the world. On March 30, the group plans to storm Israel’s borders, likely provoking a bloody conflict. 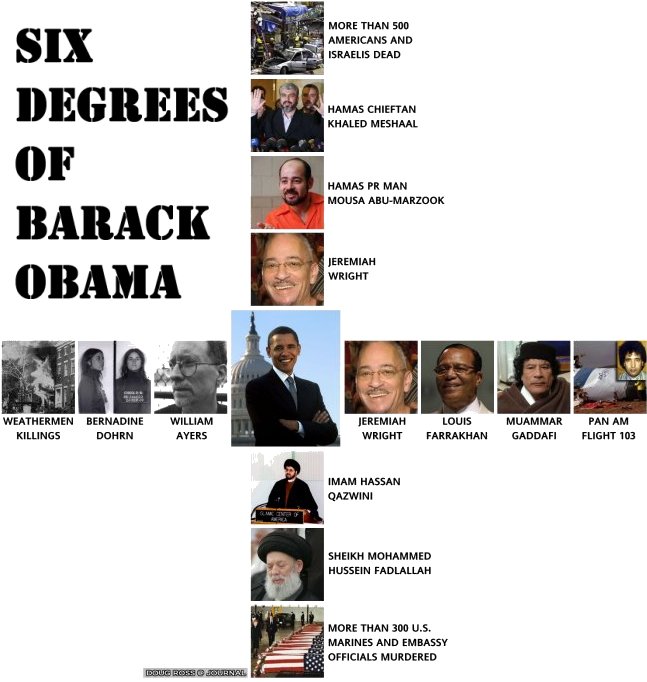 The Global March adheres to a radical left-wing ideology that denies Jewish historical connections to Jerusalem. Organizers have vowed to “end the Apartheid, ethnic cleansing and Judaisation policies affecting the people, land, and sanctity of Jerusalem.”

At the center of the movement lies Iran, which has provided moral and logistical support to various anti-Israel proxy groups participating in the march, according to an Israeli intelligence group and other experts.

Iran’s ultimate goal, they say, is to foment global disdain for Israel, thus diverting attention away from its disputed nuclear program.

True to form, the usual cadre of Islamofascists, useful idiots, and progressive Democrat Marxists -- like Barack Obama's longtime friend and mentor, Jeremiah Wright -- will find a way to demonstrate their open hatred of America and Israel.

They're going to Occupy Israel?

There are so many groups of conceited thugs who think they have a right to declare, "We own this (whatever it is)now." Too many sanctimonious guttersnipes.

Hey come listen to my song "Voting for a Living on i tunes by Wilson, Link below to my Wilson FB band page and listen free!! You will love this message against OCCUPIERS everywhere, please give me a shout!!!!