One of the best responses: 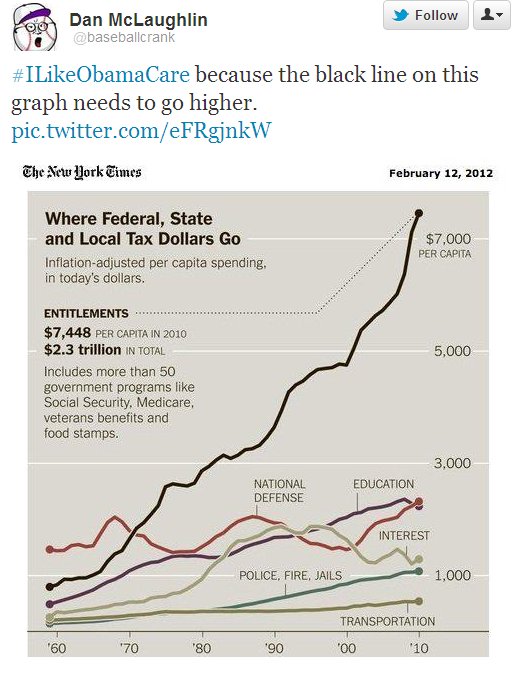 This is what we mean when we say that "liberalism is the philosophy of the stupid."

Democrats under President Lyndon Baines Johnson implemented Medicare in 1964. Its costs have skyrocketed far beyond any of the highest estimates. It is headed for collapse.

And what do Democrats do? Not only do they demagogue and demonize men like Paul Ryan, who are earnestly trying to save these entitlement programs, but they also create new, even bigger entitlement programs that are guaranteed to bankrupt the country.

It can't be ignorance. It must be intentional.