Turns out that Climategate was only the beginning. The United Nations' global warming scam (which is the term they prefer, I hear) is unraveling faster than a pair of Michael Moore's spandex bike shorts.

So much for an ice-free Arctic. Henry Hudson’s long-ago dream of a Northwest Passage that would link England to the Orient by sea will have to wait another century as Mother Earth gives him the cold shoulder. Again. 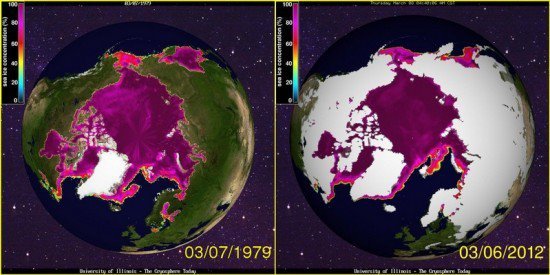 Same date satellite data seems to show that Iceland and everywhere else is iced over this year when they were feeling a little green 33 years ago.

Of course, our moral and intellectual superiors elsewhere in the press keep banging the drums of Man Caused Global Warming.

Don Surber has the rest.


Related: "This was the moment when the rise of the oceans began to slow..."