Global Warming Comics -- The Fraudulent And The Immoral

One of the great warriors against the United Nations' Global Warming Scam is Christopher Lord Monckton. Lord Monckton is touring the United States giving presentations to a variety of interested parties.

On Wednesday, he presented to the California State Assembly to describe the extent of the climate fraud and its sheer immorality, representing nothing less than a war against the world's poorest people.

The following text is Monckton's, which I've left outside of the normal "block quote" in order to format the presentation.

Two-thirds of the warming predicted by the IPCC’s (non-peer-reviewed) models is supposed to arise from temperature feedbacks. None of these feedbacks can be measured. There is no consensus about how big they are. There are powerful scientific reasons to suspect the IPCC has very greatly overstated them...

The principal conclusions of each of the four IPCC Assessment Reports are questionable:

2007: The IPCC twice concludes that the rate of warming is speeding up and we are to blame. But it uses a false statistical technique to reach its conclusion.
2001: The IPCC concludes that today’s temperatures are warmer than in 1300 years. How it reached this conclusion is under criminal investigation.
1995: The scientists had concluded that no discernible human effect on climate could be found. Just one man rewrote the report to say the opposite.
1990: The IPCC predicted rapid warming. A generation has passed and the predicted warming has not happened...

...This and many other [of the IPCC's] predictions are overblown:

• Global temperature is rising more slowly than IPCC’s least estimate;
• Sea level has been rising for eight years at just 1.3 inches/century;
• Ocean heat content has barely risen in 6 years;
• Hurricanes and tropical cyclones are quieter than for 30 years;
• Global sea-ice extent has changed little in 30 years;
• Methane concentration is up just 20 parts per billion since 2000;
• The tropical hot-spot the IPCC predicts as our footprint is absent;
• Outgoing radiation is escaping to space much as usual.

California’s carbon tax, with other statewide measures to curb CO2 emissions, will cost $450 billion by 2020. Even if 25% of California’s emissions are abated by 2020, just 0.4% of global emissions will have been abated; CO2 concentration by 2020, instead of the business-as-usual 413 parts per million by volume the IPCC predicts, will be 412.9 ppmv; just one-thousandth of a Fahrenheit degree of warming will be abated; the cost of abating the 0.3 F° warming the IPCC predicts to 2020 by measures as cost-(in)effective as California’s policies would be $180 trillion, or $25,500 per head of global population, or a third of global GDP over the period; and the cost of preventing the 6 F° warming the IPCC predicts by 2100 would be $2700 trillion, or more than 10 times the maximum 3%-of-GDP cost of climate-related damage arising from not mitigating this predicted 21st-century warming at all.

Environmental over-regulation, cap-and-tax, “renewable”-energy mandates, and a 40-year ban on most offshore drilling are crippling California. The Monterey Shale holds 15 billion barrels of oil, yet over-regulation has cut production by more than a third to just 200 million barrels a year. Now 11% are jobless in California, second only to Nevada in the US (50% are jobless in construction); the 2012/13 State deficit is $6 billion; unfunded pension liabilities are $250 billion; 50,000 rich Californians (one-third of them) fled in 2007-2009, taking their businesses and jobs with them: twice as many firms fled the once-Golden State in 2011 as in 2010; Intel says it will never build another plant here; Globalstar, Trizetto, and eEye fled in just one month; Boeing, Toyota, Apple, Facebook, and DirecTV have all fled. The wagons are heading East. 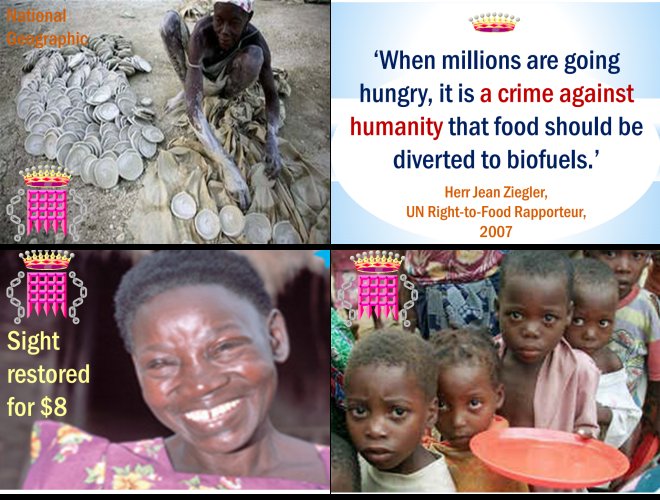 The bottom line: No policy to abate global warming by taxing, trading, regulating, reducing, or replacing greenhouse-gas emissions will prove cost-effective solely on grounds of the welfare benefit from climate mitigation. CO2 mitigation strategies that are inexpensive enough to be affordable will be ineffective; strategies costly enough to be effective will be unaffordable. Focused adaptation to any adverse consequences of any warming that may occur is many times more cost-effective. Since the premium greatly exceeds the cost of the risk, don’t insure. Every red cent spent now on trying to stop global warming is a red cent wasted. Don’t mitigate: sit back, enjoy the sunshine, and adapt only if and when and to the extent necessary. That, however unfashionable, is the economically prudent and scientifically sensible course.

I am neither a scientist nor math whiz...however I do know our Mother Earth goes through changes just like us -- and she has done this exact thing for billions of years.

One thing different between Mamma Earth and me is that I know if a libertard is behind something (like globull warming) its to either tax more, enslave more, or line their pockets with more gold...and here it is all 3!!!

So go stick it in you hershey highway libertards!!!

Monckton is a complete scammer, a fraud and a coward. He has been debunked numerous times. He believes that you are so stupid that you will not do even a cursory check of his presentation.

None of those items appear to change the central fact that members of the UN's IPCC were out to make a profit from their report, which is the classic definition of a conflict of interest.

Ignore the climate models for the moment and concentrate on the fraud.

Neoporcupine, The Anthropogenic Global Warming movement has been a fraud since the Club of Rome in the late 1970s. Pay attention to BOTH sides of the debate,know what constitutes fact and, above all, know whether a fact influences a conclusion or doesn't.
E.g. consider
1. the massive cyclical changes in solar output,
2. how cyclical orbit changes and axis tilt influence global climate,
3. how cosmic radiation influences cloud cover,
4. that the dinosaurs thrived in many times present CO2 levels, and temperatures 3 to 5 Celsius degrees warmer,
5. that the Vikings did build and start farms on Greenland and Newfoundland 1,000 years ago (no Industrial Revolution)
6. most reliable contiguous temp readings were taken near airports & rose as tarmac & buildings gradually surrounded weather stations
7. alarmists select data to support their claims,
8 funding goes to alarmists
9, satellite data is too short range
10. plants require CO2, and actually need CO2 supplementation for optimal growth (consider greenhouse operators, controlled experiments, early plant evolution, C3 and other adaptations to acquire scarce CO2)
and more,
are facts that override every AGW claim. Monckton tends to bury people with details, when a few fundamentals ought to expose the hoax to any thinking individual with a high school diploma.