Folks, this is how societies collapse. I don't just mean the virulent spread of corrupt, Marxist politicians that launched a successful coup inside the modern Democrat Party (as The Blaze observes, progressivism has transformed itself into full-blown Communism). It's also the tacit approval of tyranny, the abdication of journalism, the complete endorsement of lawlessness by pencil-necked Leftist hacks like Ezra Klein. 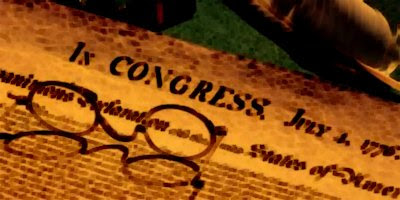 The country is headed down the fiscal tubes. Everyone from Peter Orszag to the CBO, from the Medicare Actuaries to the Social Security Administration agree we're headed for an economic catastrophe.

And yet thoughtless kooks like Ezra ("The Constitution is, dude, like a hundred years old! Who can understand it?") Klein have massive, though thankfully diminishing, bully pulpits at DNC press release outlets such as The Washington Post.

Unless you're really feeling masochistic, I'll spare you from reading Klein's latest tripe, entitled "Why the Republican budgets make the poor pay". Suffice it to say that Klein tries to paint Paul Ryan's budget as some sort of extremist plan to shortchange the poor.

Hey, dumbass: how's African-American and Hispanic unemployment working out under the masterful Obama?

Hey, schmuck: how do you think the poor and seniors will fare when the interest on the debt is a trillion dollars in just a handful of years?

Hey, crackpot: how do you think seniors will like having $575 billion pulled out of Medicare to pay for a new, insanely complex, Rube Goldberg experiment in central planning called "Obamacare"?

Oh, and hey, Leftist tool: did you know that the Party of Marxism -- your party -- hasn't passed a budget in 1,030 days or so? And you're complaining about a thoughtful attempt to save the country from fiscal collapse? How about some vitriol for this egregious, unlawful, treasonous failure by Democrats in Congress?

These are all rhetorical questions, because the device has yet to be invented that can measure the amount of intellectual honesty possessed by the likes of this hack.

Oh, and by the way, all of those names I called Klein are the terms he prefers, I hear.

Until legacy media erases its mastheads of thoughtless tools like Klein, they are flat-out doomed.

Klein is emblematic of the younger 'useful idiots' that are products of our socialist education system. Having been indoctrinated all his life, he ain't as bright as he thinks he is.