Four senior American diplomats -- most likely in the State Department -- as well as senior intelligence officers appear to have leaked a key military relationship between Azerbaijan and Israel.

A highly knowledgeable Democratic friend emails Ron Ben-Yishai’s YnetNews report “US thwarting Israeli strike on Iran.” The report asserts that the Obama administration is leaking information to the media in order to avert an Israeli strike in Iran. Ben-Yishai observes that in recent weeks the administration has “shifted from persuasion efforts vis-à-vis decision-makers and Israel’s public opinion to a practical, targeted assassination of potential Israeli operations in Iran.” My friend comments succinctly on the report: “Wow. Ron Ben-Yishai is considered to be one of the most serious Israeli defense correspondents.”

Ben-Yishai gives few examples of the Obama administration’s efforts to thwart an Israeli strike on Iran, but the news this week provides what seems to be a case study supporting his thesis. Foreign Policy reports that, according to “four senior diplomats and military intelligence officers,” Azerbaijan has granted the Israelis access to airbases in that country. Such access would dramatically mitigate the difficulty of an Israeli strike against Iran’s nuclear facilities.

This leak destroyed any capability of a surprise attack by Israel using these bases. And it came from Obama administration officials.

"Bill", a former Marine Corps strike planner, weighed in on the implications of this leak Friday on The Mark Levin Show. Read every word. 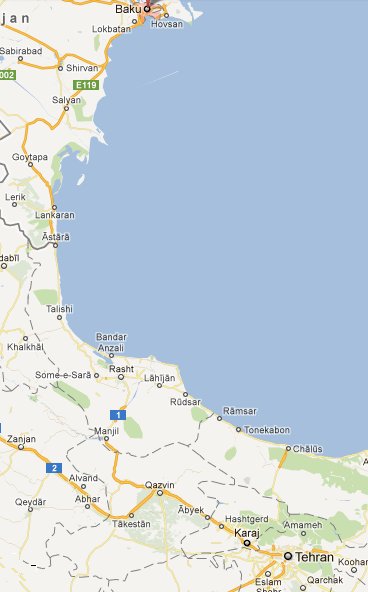 I just want to comment on this revelation by the State Department regarding this Israel-Azerbaijan connection. A few years ago, I was writing an article and studying how Israel might go about attacking Iran with the assets we knew they had...

I've got experience as a Marine F-4 Phantom Radar Interceptor Officer. I've planned strike missions. I've got a thousand hours in the Phantom. So I'm familiar with the problems strike planners have in attacking a target or multiple targets like Iran. And as I looked at the map, I thought: 'Boy, oh, boy, if the Israelis had an alliance with Azerbaijan, that would be the perfect place to launch a strike.

They've got this beautiful, 10,000-foot concrete runway in Baku. You take off, you come right out over the Caspian Sea. The pilots flip on their radar altimeters, drop down 25-feet off the deck, and they just race in a straight line.

They pop up over some hills, and they're in Tehran before the Iranians even know what hit them. They could then go hit the other targets. It reduces the distance for this strike by, oh, six, seven hundred miles. It might alleviate the need for tankers. Or, if they do need tanker support, you could put them over the Caspian Sea...

...The beauty of Baku is that the Caspian Sea is right at the end of the runway. It's a straight shot, maybe 300 miles, from that base to Tehran. A good radar altimeter will get an F-4, F-16, F-15 strike fighter maybe 25 feet off the water. Going in at that altitude, you're not going to be picked up by radar.

But there's something even more important here. The Iranians are not expecting an attack from the north. Now, with the revelation of this relationship, they are. And that has a lot of implications beyond the tactical.

Think of it this way. Prior to this revelation, the Iranians -- although they noticed some connections between Israel and Azerbaijan -- didn't know how deep that connection was.

Now the Iranians can start bullying the Azerbaijanis. They can send a diplomat up to Baku and say, basically, 'if any Israeli plane hits us from the north, when we get our nuke, we are going to test it on Baku. Of course that will all happen behind the scenes, but the threat will be made.

Think of it this way: every once in a while, the Iranians have a little get-together. They bring all of the Mullahs together in one place... Why not? They'd be doing us and the world a tremendous favor if they did that.

And it's not going to happen now.

I can guarantee that all of those new Soviet anti-aircraft missiles that the Iranians bought are all going up north now, pointed and waiting for something there. In fact, they'll probably put radars on the Caspian from the mountaintops there, just to see if there's anything come up off the water. 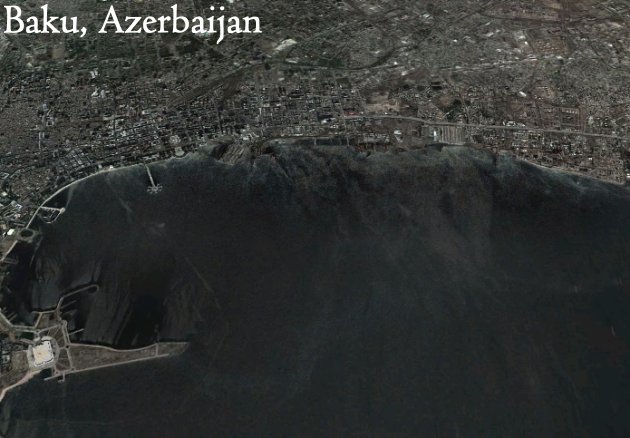 You have to ask for the motivation behind the leak. I mean, if the Israelis can do this operation, it's to our benefit! From a diplomatic standpoint, if you wanted to tell the Iranians that the Israelis did this, it's without our permission. And then try to butter up the Iranians after the strike, so they don't close the Strait of Hormuz, that's one thing.

But giving away all of the secrets of an ally? When you're doing that, you have to ask whether we still have Israel as an ally. We are not acting like an ally. In fact, if you ask me, based on the amount of time I expect the Israelis put in this relationship with Azerbaijan, I would start viewing this administration as an existential threat to Israel.

This administration is not going to do anything to stop the Iranian terror state from acquiring nuclear weapons. They are actively working against America's closest allies to prevent a strike against Iran. They are, under Obama's orders, leaking highly classified information to America's enemies through the media.

Who leaked this information? And when are we going to prosecute them?

Where is the House Foreign Affairs Committee? Do we still have one?

I urge you to contact Chairman Ileana Ros-Lehtinen at (202) 225-5021 and ask the committee what it is doing to find the sources of these leaks.

When I was a kid (12 or so) I read a book called 'The House on Garibaldi Street'. What I took away beyond the story of the capture of Eichman was that Israelis are the greatest, fiercest, smartest and most cunning warriors on earth. If I had to build an army and I had a choice of people to populate the army it would be all Israeli. They'll win in the end.

I heard this on the show and when he uttered the last line "I would view this administration as an existential threat to Israel," my jaw dropped and my heart sank.

Surreal doesn't even begin to describe it. I think the degradations, depredations and humiliations of the past three years have numbed me. But this sentence by this ex-Marine is stunning in its clarity and chilling in its implications.

And whoever leaked this info should be arrested, tried and convicted of espionage. In a sane and just world they'd be face a firing squad or the wrong end of a rope.

Sickened and disgusted by these traitors and Quislings doesn't even begin to describe how I feel.

Silly Rabbit. We are strong supporters of Israel, our strongest ally. Israel punches above it's weight. The One said it, so you know it's true.

Why are the Israeli Government sharing information with the current occupant in the white House?
They should stop trusting these traitors.

Who says it's the Israelis sharing? The leak could easily be at the Azerbijan end. We spend a lot of money in that region, supposedly to help fight AQ. What if it's actually going to make sure we find out about Israeli plans?

The leak was purposely orchestrated by the Obama administration, who fear a strike on Iran will cause gas prices to go even higher, causing more pain at the pump and making it harder for the Campaigner-in-chief to be re-elected.

Obama surrounded himself with muslims. Who else can do this...?

I put nothing past this administration. Gas prices and electability? I doubt it's that simple. In Obama's world (and personal) vision, Israel is destroyed. And America with it.
This is appalling.
I hope Israel, as a whole, doesn't hold Americans responsible.

I am familiar with Ben Yishai who has been reporting solidly on israeli national security affairs for decades, and he is not your typical blabbering Washington brown noser, nor a sabotyeur like the N Y Times demolition crew! The problem with the Baku story is that if several Israeli jets were to land, for "refueling, or R&R" they'd need a whole set-up, ground crew,etc..impossible to keep secret in a small Muslim country like this. It could totally mess up their relationship with Turkey, Iran,and other nations. In my opinion, the Baku scheme is mainly for rescue and even this is iffy because the logistics are just impossible. How do you get in there the big helicopters,and where do you park them, and what if they break down? Too many iffs, but the take has some points,please do not get carried away with your experience, the entire Israeli posture could be a hoax, to frighten the Iranians, because this mission is way too rich for the IAF.