Surprising Shortage of Gullible Rubes: Obama Fundraising Turns Out To Be Far More Difficult Than Anticipated

Finding buckets of big money from Forrest Gump-level intellects appears much harder than predicted for the ill-fated Obama regime. 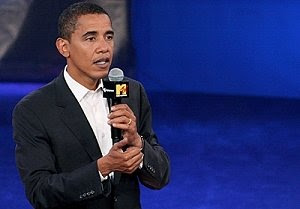 The Washington Post notes President Obama trails Republican front-runner Mitt Romney "in finding donors willing to give $2,000 or more -- a surprising development for a sitting president, and one that could signal more worrisome financial problems heading into the general election. At this point in the last election cycle, Obama had received such large donations from more than 23,000 supporters, nearly double the 11,000 who have given him that much this time. President George W. Bush had more than four times the number of big donations at this point in his reelection."

"Republicans and Democrats alike thought that Obama would have a big financial advantage over Republicans this fall given his record-breaking 2008 fundraising and his status as the sitting president. But the trend of slackening big-donor support is the latest in a series of indications that the 2012 money battle is going to be much tighter than once imagined."

It's not just the big-money donors. The same problems extend to the rabble. 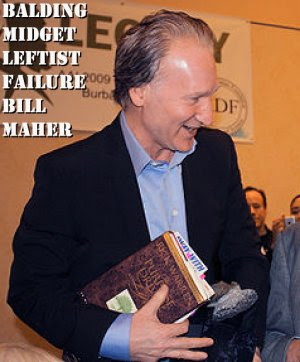 Last July, President Obama's campaign announced that it had raised an average of $29 million in each of the previous three months for itself and the Democratic National Committee (DNC). I was only mildly impressed. After all, that was well below the $50 million a month needed to reach the campaign's goal of a $1 billion war chest for the 2012 race... Seven months later, I'm even less impressed. Through January, the president has raised an average of $24 million a month for his campaign and the DNC...

...many of Mr. Obama's 2008 donors are reluctant to give again. The Obama campaign itself reported that fewer than 7% of 2008 donors renewed their support in the first quarter of his re-election campaign. That's about one-quarter to one-third of a typical renewal rate: In the first quarter of the Bush re-election campaign, for example, about 20% of the donors renewed their support.

There are other troubling signs. Team Obama's email appeals don't ask for $10, $15, $25 or $50 donations as they did in 2008, but generally for $3. Nor are the appeals mostly about issues; many are lotteries. Give three bucks and your name will be put in a drawing for a private dinner with the president and first lady... it suggests the campaign has found that only a low price point with a big benefit can overcome donor resistance...

...This perhaps explains why the White House told congressional Democrats last week not to expect a single dime for their campaign efforts from the Democratic National Committee this year. All the DNC's funds will be needed for the president's re-election.

His campaign's financial situation also may explain why Mr. Obama has embraced Super PACs after decrying them as a "threat to democracy" in the midterm elections...

In related news, the number of Obama's 2008 donors who remain unaffected by the SCOAMF's disastrous policies continues to plummet.

Boo-Hoo. Get it from Hollywood.
Starting with Hanks and Elle.

Looks like Barry is going to fall way short of the Billion dollar war chest he was bragging about. It would not surprise me that he barely gets enough contributions to run one TV ad in the Tri-State television viewing area, let alone a nationwide ad buy.

Is the magic gone? Do people now realize what a grifter this guy is? I told people before the election that the Hopey Changey community organizer was all smoke and mirrors. All that anyone had to do was look at who he associated with...Rezko, Ayers, Wright, the Chicago cabal of gangsters.

When their wallets get vacuumed empty every time they gas up their cars, even the dumbest Obama voters start to catch on. You just can't argue when your own (lack of) money talks to you.

"[T]he White House told congressional Democrats last week not to expect a single dime for their campaign efforts from the Democratic National Committee this year. All the DNC's funds will be needed for the president's re-election."

I'd love to hear what congressional Democrats who are adversely affected by this have to say behind closed doors about The One.

Hypocrites to the highesr degree!
You racists mangle Obama's successes as "delusional' and "false" yet you can't answer why websites like Politfact and WTFhasObamadonesofar.com exist! they exist to prove to are liars!
"SCOAMF" is a retarded racist crap created by retarded racist who are STILL pissed America voted for a Black man as President of the United States instead of a Ditzy quitter, Caribou Barbie!

I hate that poor people get health care, and our dependence on foreign oil is a good thing? The "staggering debt" has nothing to do with the wars started by the previous President. Higher unemployment -- actually the economy is recovering. Unsecured borders -- fewer people are coming across than during the Bush years. I don't even know what "compliant unconstitutional herds of followers" means. The Muslim Brotherhood has taken over the Middle East? hmm... want to think about that? De-funding our military? Absolutely deep cuts can, and should, be made in the military budget.

Of course, now you have a lying rebuttal to Obama "inheritin" the Bush economy to "he created it"! So Obama created the wars in Iraq and Afgan? Obama crrated the Keystone and TARP program?

If you don't believe me the Google which president increased our debt the most, and the United States Treasury Report will verify this information. Just so you know, before you look up this extensive and accurate multi-page document. Bill Clinton increased our debt the least, while he was the President. Enjoy your research.

You dinbats are too busy lying about Obama's successes and "broken" promises and other crap you remove this obvious fact!

You racists KNOW the GOP candidates are a joke, you KNOW they can’t win. and you HATE that they are attacking Obama and being respectful at the same time!

Obama is anything but a Socialist. He stands to the Right of Eisenhower and is trying very hard to save American Capitalism from its own stupidity.

Anyone who calls Obama a "SCOAMF" is a retarded fact. plain and simple!