California and Greece have more than a few things in common, including the fact that their unofficial slogans are both "Ask Us About Our Death Spiral!"

Inquiring minds have noticed a huge plunge in California Tax Revenue for the month of February compared to February 2011...

That is a 22.55% plunge in spite of the fact that this February was a leap year adding a day to the calendar...

Via Mike Shedlock, we find a Breitbart article that provides additional insight into California's tax implosion: 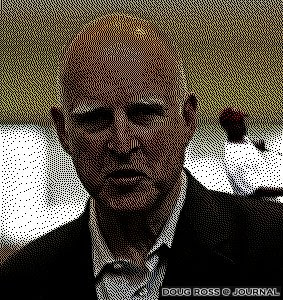 Compared to last year, State tax collections for February shriveled by $1.2 billion or 22%. The deterioration is more than double the shocking $535 million reported decline for last month. The cumulative fiscal year decline is $6.1 billion or down 11% versus this period in 2011...

Derisively referred to as “Taxifornia” by the independent Pacific Research Institute, California wins the booby prize for the highest personal income taxes in the nation and higher sales tax rates than all but four other states. Though Californians benefit from Proposition 13 restrictions on how much their property tax can increase in one year, the state still has the worst state tax burden in the U.S.

Like the movie Groundhog Day, the idiotic Leftists and those who support them approach each day as if history, logic and reason didn't exist.

Which is why the party of tyranny must be defeated at the ballot box in November -- at every level of government.

what I found unbelievable was the entry for Vehicle Licence Fees.

This is the land of cars- and to think that only such a meager number got licenced... wow.

Notice that the alcohol and tobback tax revenues had gone up, people lost their jobs so turned to drinking and smoking under the pressure. Would like to cross reference that with suicide rates, bet those have gone up as well.

As a former and until a year go lifetime resident of California I cheer this result. The bureaucrat tyrants & political idiots reigning in the state deserve what they are getting in spades. Lol & ROTFLMBO.