It appears the media forgot to mention that Barack Obama and terrorist Bill Ayers shared an office for... three years #VetThePrez 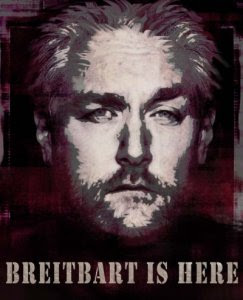 Yesterday I highlighted a little-remembered NPR report from 2000 in which Barack Obama, then running for Congress, bragged about his experience running the Chicago Annenberg Challenge (CAC). The CAC, a multi-million dollar left-wing foundation was controlled by domestic terrorist and accused cop-killer Bill Ayers.

Ayers hired Barack Obama as Chairman of the Board of the CAC, even though he had no experience whatsoever. Ayers, who supposedly didn't have any relationship with Obama, put the younger man in charge of roughly $110 million and thereby jump-started his career.

And no one in legacy media ever asked why.

Obama, asked about his relationship with Ayers during a 2008 debate, pooh-poohed any ties, stating that he was "just a guy from the neighborhood."

That same year, however, Verum Serum uncovered some fascinating information regarding the relationship between the two men. They had shared an office for three years.

This Chicago Annenberg Challenge website from 2002 shows the total amount of funds given to Bill Ayers’ Small Schools Workshop from 1995 to 2001. The amount is not the $175K I had reported earlier. According to this page, the total given under Barack Obama’s direct supervision was $1,056,162. Adding that amount to the money given by the Joyce Foundation and Woods Fund during Obama’s tenure brings the grand total to $1,968,718. Just shy of two million dollars! That’s a lot of scratch, to put it bluntly. And don’t forget, this doesn’t count the 3/4 million that went to John Ayers during the same time period... 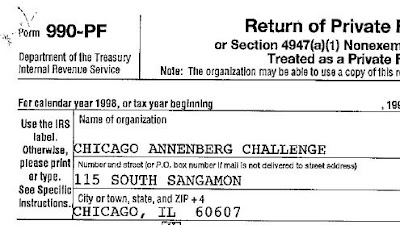 Ayers’ Small Schools Workshop, the one Obama directed all that money too is located at 115 S. Sangamon Street, Chicago, Illinois 60607... 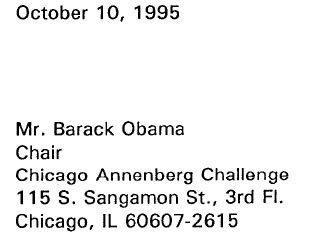 ...In 1998, the address for the Chicago Annenberg Challenge, where Obama presumably worked, was 115 S. Sangamon Street, Chicago, Illinios 60607. Here’s a copy of their 1998 tax return with that address:..

And according to this memo dated 1996, Small Schools Workshop was also on the 3rd floor...

So while the media gave Joe the Plumber a colonoscopy and The New York Times published the fictional sexual escapades of John McCain, Barack Obama apparently maintained a close working relationship with the leader of a band of cop-killers.

Just a guy in the neighborhood? We already knew Barack Obama lied about that, but has anyone ever mentioned that the two men were basically living together? Furthermore, they were co-located with Mike Klonsky, a radical communist who (like Ayers) seeks the destruction of the United States government.

In the words of Andrew Breitbart, this time we're going to vet him.

Let the vetting begin! Great post and I am linking to it.

I posted on this when VerumSerum first put it out there. Couldn't understand why it never 'got legs,' even among bloggers. When Jon announced he was going to Breitbart, I emailed a request for a followup, since having the Breitbart clout would likely give the opportunity to get this everywhere.

How is this explained away? It isn't. I'll link in a current post I'm working on.

The address doesn't exist any more. It's been razed and turned into a dog crap park, Mary Bartlemy Park. Evidence buried.