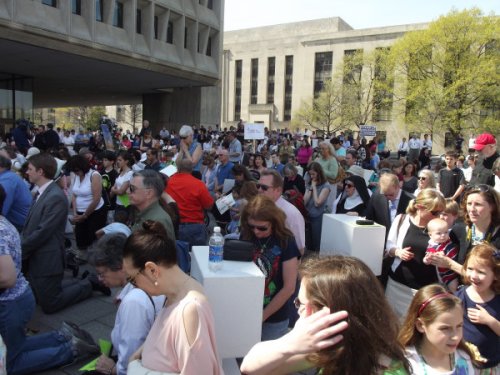 Crowds across the United States -- from San Diego to Washington, D.C. -- participated in the Rally For Religious Freedom. 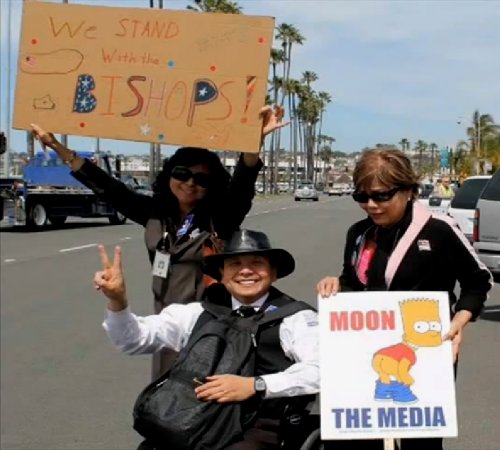 In San Diego, one of the more impressive displays included... 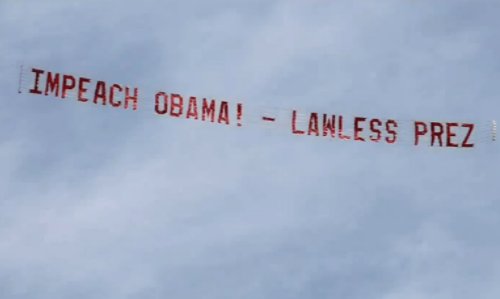 ...an "Impeach Obama -- Lawless Prez" sign dragged behind an airplane over San Diego. 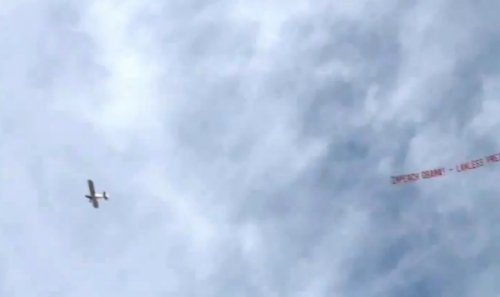 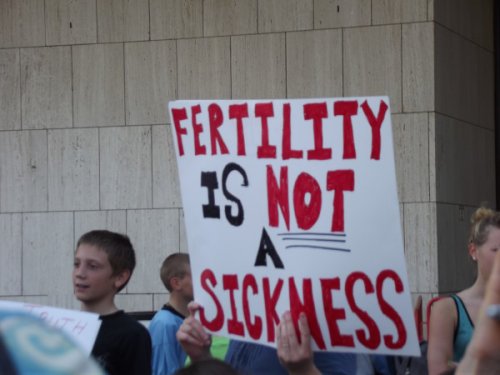 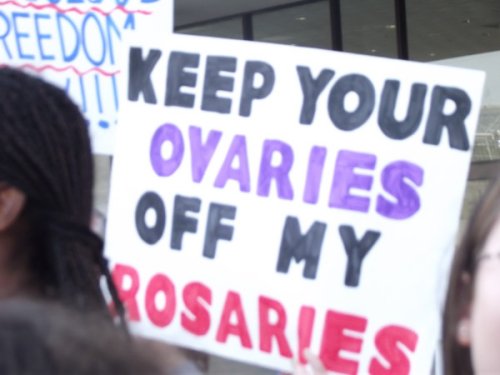 Uh oh, this must be a religious extremist. Someone tell Homeland Security. 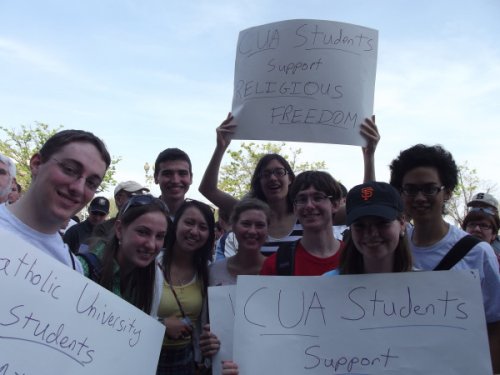 Oh no: college students who oppose Obamacare. Say it ain't so! 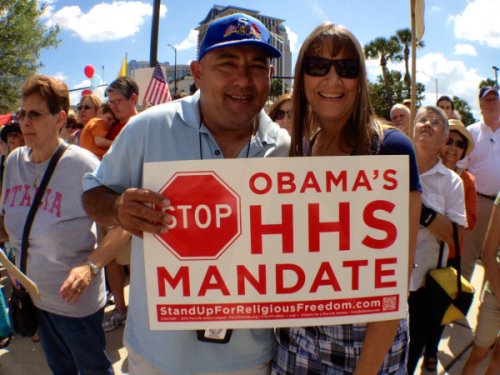 Yes, all ages, races, creeds and colors participated in these rallies. Because religious freedom doesn't discriminate. But Obamacare does. 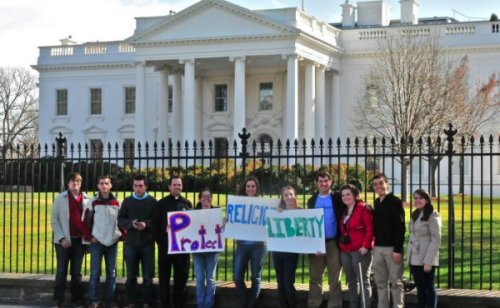 Even the White House saw protesters. 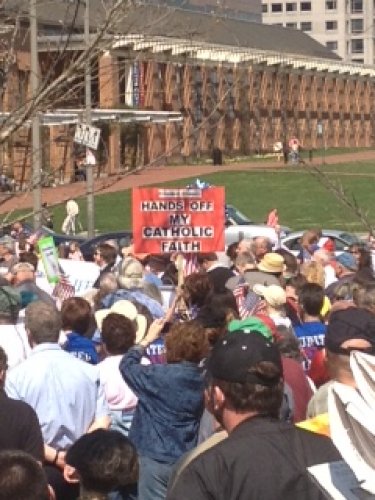 Curious how we didn't hear about any of these rallies in legacy media. 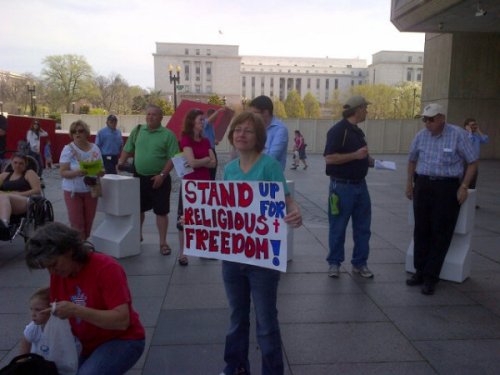 Nor see any of these signs. 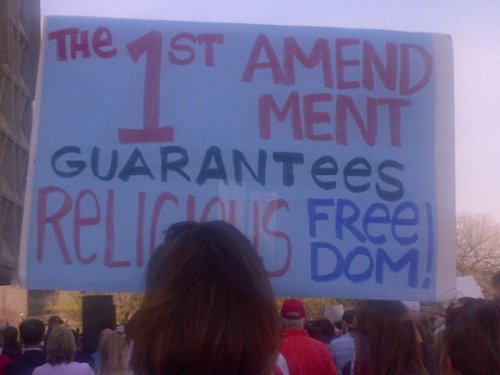 Maybe they're hoping we'll go away. Along with the Constitution. 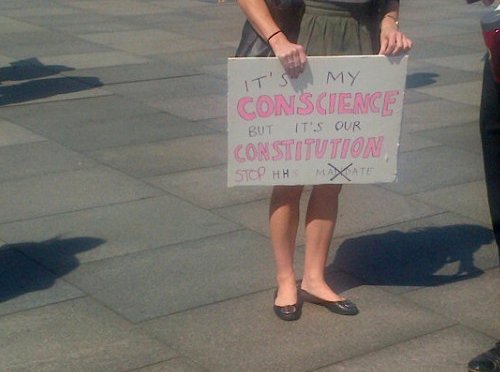 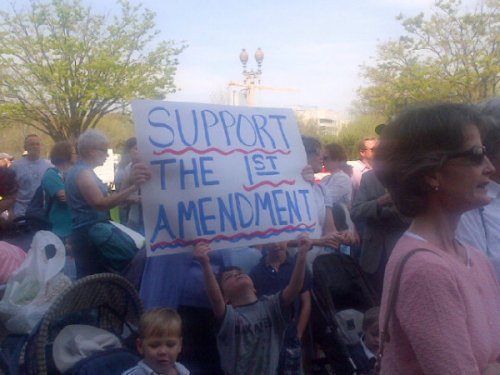 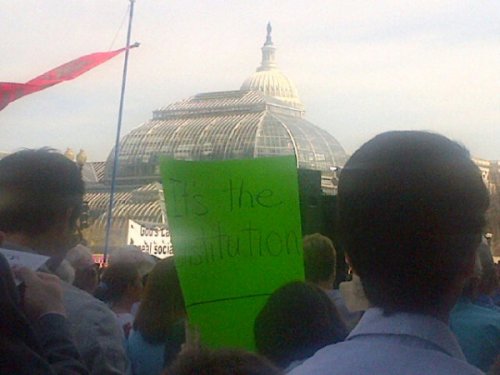 It's time to Stand Up For Religious Freedom.

These signs do not fit the WH and Alphabet Media Narrative. All Christians are pedophiles and gun-totin' right-wing terrorists that have to be spied on by DHS. However when Muslim-Jihadis kill and maim in the name of their religion of peace, is ommitted from the story. It's an upside-down world we live in today, where truth if fiction, and fiction is spun to be truth.

The "Catholic" rally I attended 3/23 in SW Florida yesterday was lead by a Jewish lady and had speakers from many religions. In addition we heard from a doctor, a military veteran speaking about how this affects Chaplains and several speakers who were originally from Communists countries speaking to their experiences and what they see coming to America if we don't do something about Obama and his policies. Time to wake up America!