I've got good news and bad news regarding the unelected, unaccountable fourth branch of government

I refer, of course, to Barack Obama's massive administrative state.

• First, the good news: a federal judge, appointed by Barack Obama, just eviscerated the EPA for trying to shut down a massive coal-mining operation. 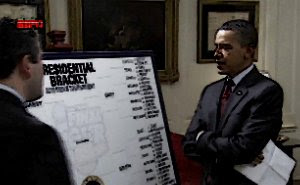 The March 23 ruling by the U.S. District Court for the District of Columbia in the case of Mingo Logan Coal v. EPA came two days after the Supreme Court against the EPA in Sackett v. EPA.

This case -- like Sackett -- involved the EPA's enforcement of the Clean Water Act. Here, the EPA tried to withdraw permission to use two streams as discharge sites. The permission was granted three years earlier by the Army Corps of Engineers.

Just as the Supreme Court ruled in Sackett, the District Court ruled that the EPA's interpretation of its authority to enforce the CWA was erroneous.

Mingo Logan filed the lawsuit because the company believed that the EPA did not have the authority to modify or revoke the permit. They also thought the revocation was unlawful and the permit was still valid.

Judge Amy Berman Jackson, an Obama appointee, wrote that the "EPA exceeded its authority." She also made the observation that the EPA's action was extraordinary.

"This attempt to withdraw the specification of discharge sites after a permit has been issued is unprecedented in the history of the Clean Water Act," she wrote.

The court ruling has received praise from several quarters -- most notably a Democrat governor and a Democrat senator.

Top 10 Rejected Obamacare Slogans
10. Why choose an expensive treatment when pain-pills will do?
9. Assisted Suicide: Do it for the Children
8. We Put the Rash in Rationing
7. Ask Us About Our Discount Placebo Program!
6. Only Selfish People Beg for CAT Scans.
5. Take a Number! The Bureau of Health Waiting Rooms reports the average wait time is now down to 123 minutes (in some locations)
4. Quack isn't just the sound a duck makes: we're importing medical experts from Mexico as part of our new Health Amnesty Program!
3. Shut up, take a seat and wait for your number to be called, Mr. GB21708-4.
2. David Axelrod reviewing your medical records: what could go wrong?
1. Sound mind, sound body -- take your pick.
As health reform heads to the U.S. Supreme Court, the federal government is going full bore on insurers who hike premiums to cover health care’s soaring costs, increases that ironically continue to rise in part due to health reform.

The Department of Health and Human Services (HHS) late last week denied rate increases from two health insurers covering more than 42,000 Americans in nine states because they were too high, deeming them “unreasonable” premium hikes...

...The clampdown by HHS raises anew the debate over the role of the federal government in setting the costs of health insurance premiums, and why health reform has not stopped the rise in health-care costs, which continue to rise even after parts of the new law have already kicked in...

...The increases now in coverage costs are due to what insurers must now provide under the new law, despite President Barack Obama’s vow that the new law “could save families $2,500 in the coming years.”

Uhm, those are called lies marketing on the president's part.

Say, I wonder if mandating "free" contraceptives, covering "children" up to age 26, coverage for any and all pre-existing condition, and other draconian requirements are impacting insurance premiums?

You know, making them "unreasonable"?

And I wonder how price controls, like those HHS is trying to impose, have worked out in other countries? Say Venezuela, Cuba, the Soviet Union, Italy and Greece?

Not too well, you say?