Democrats claim to be the party of "science" and "knowledge", yet they stick with their failed policies like body odor clings to Michael Moore. Whether it's rampant deficit spending, the failed "Great Society" welfare mentality, bankrupt entitlement programs, the global warming scam, or dozens of other examples, Democrats never look back and examine the results of their miserable failures. They never course-correct.

The classic example of this is, of course, their unconstitutional attempts to restrict access to firearms for the law-abiding citizen. Say, isn't Chicago one of the most restrictive cities in the nation when it comes to handguns? And isn't it one of the worst cities for gun crime? Those are rhetorical questions, for you drones reading along.

Five people were killed and at least 12 other people wounded in shootings Saturday night and Sunday morning across the city. 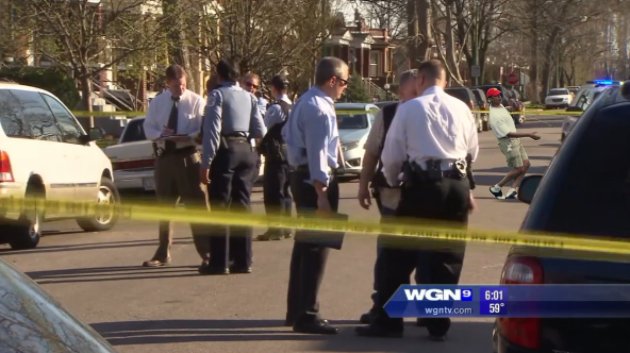 Police were questioning two suspects after Deering District officers were able to chase down the occupants of a car who fired on three people, killing a 24-year-old man, about 1:50 a.m. on the 5300 block of South Loomis Boulevard in the Back of the Yards neighborhood... The 24-year-old who died was shot multiple times and taken to Mount Sinai Hospital, where he was declared dead. A 24-year-old man and a 22-year-old man were being treated in serious condition at John H. Stroger, Jr. Hospital of Cook County, police said.

...The evening attacks follow the fatal shooting of a 6-year-old girl and the wounding of four other people in Chicago within an hour Saturday afternoon, and 16 shootings, including the slaying of a 42-year-old man, overnight Friday and early Saturday morning.

One day, perhaps the clue-bat will tap Democrats on their collective noggins and help them understand that the worst cities for gun crime are always those that most restrict access (unconstitutionally, mind you) to handguns.

Because those laws only disarm the law-abiding, the citizens who are the first line of defense against violent offenders.

The "Back of the Yards" neighborhood mentioned in the article boasts, per Wikipedia, <a href="http://en.wikipedia.org/wiki/New_City,_Chicago>(the country's oldest community organization, founded by Alinsky in 1939)</a>.

Fighting the war on drugs has been so unsuccessful and costly, many (D)states have decriminalized marijuana, by various means. Wouldn't the same logic apply in Chicago's war on the 2nd Amendment?