Thanks to Townhall's Terrence Moore, we have a pretty good idea of the kind of brainwashing America's high school students are in for as it applies to World War II. 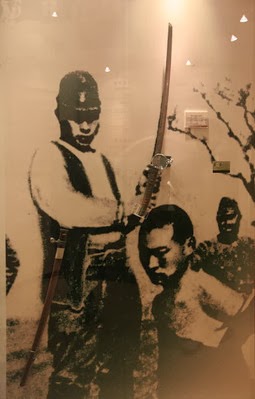 The opening page of the slim chapter devoted to World War II called “War Shock” features a photograph of a woman inspecting a large stockpile of thousand-pound bomb castings. The notes in the margins of the Teacher’s Edition set the tone:


In this section, nonfiction prose and a single stark poem etch into a reader’s mind the dehumanizing horror of world war. . . .

The editors of the textbook script the question teachers are supposed to ask students in light of the photograph as well as provide the answer:


Ask: What dominant impression do you take away from this photograph?

Possible response: Students may say that the piled rows of giant munitions give a strong impression of America’s power of mass production and the bombs’ potential for mass destruction.

Translation: Americans made lots of big bombs that killed lots of people.

The principal selection of the chapter is taken from John Hersey’s Hiroshima. It is a description of ordinary men and women in Hiroshima living out their lives the day the bomb was dropped...

There is no reading in this chapter ostensibly devoted to World War II that tells why America entered the war. There is no document on Pearl Harbor or the Rape of Nanking or the atrocities committed against the Jews or the bombing of Britain. The book contains no speech of Winston Churchill or F.D.R.

The United States of America, you turds at Prentice-Hall, was engaged in an existential fight against pure evil.

Tell me, schmucks: did you show some of the photographs taken by Japanese soldiers at the Rape of Nanking as they impaled babies on bayonets and raped women to death with sharp sticks?

Tell me, you freaking moonbats: did you show the bodies stacked like cord-wood at Auschwitz?

Millions upon millions murdered -- gassed, shot, starved -- and America is the malevolent actor? 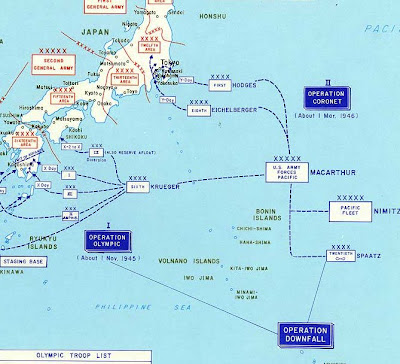 History lesson for the progressive dimwits at Prentice-Hall: World War II drew to an abrupt conclusion with the detonation of two nuclear weapons.

Had the bombs not gone off, tens of millions on both sides would have perished and the war would have continued for years on end.

In fact, had the bombs failed to detonate, the Allies were prepared to launch Operation Downfall, the invasion of mainland Japan. Downfall was itself split into two massive ops: Operation Olympic and Operation Coronet.

Given the suicidal defensive stands mounted by the Japanese at Iwo Jima and Okinawa, war planners assumed for a minimum of "millions for American casualties and the tens of millions for Japanese casualties."

Moore concludes with an excellent question:

Do we want the children just now entering school and in the years to come—who may have never met their great-grandparents—to be made ashamed of that Greatest Generation, of America, and of our resolution to remain free?

No, it is Prentice-Hall -- not our veterans -- that should be ashamed of itself. I would recommend any school board reject that company's left-wing propaganda and utilize real American History books instead.

Communists doing what communists do in their quest for absolute power: lie, cheat, steal kill.

Once the get it, the lies, cheating, stealing and killing goes into hypermode.

Wasn't such a good idea elected Valerie Jarrett as president of the United States, was it...

This is very troubling. Where are the Representatives of We the People?

This is nothing new Doug, as disturbing as it is. I would guess the book is printed in China as well.

Ten years or so ago, the Marine Corps Veterans in my area petitioned and had a local state highway renamed in memory of a 21 year old kid from our area, who is entombed to this day, within the USS Arizona. This young boy, we know for a fact, was the first from Ohio kia. Renaming the highway, our hope was it would spark a curious interest by people to find out who he was, thus learning about Pearl Harbor.

What initiated our petition, was the fact that WWII was not being taught at the high school. The history book used had one chapter on the war with a single paragraph on Pearl Harbor. Pathetic.

Ted Turner bought one textbook company - Pearson. It would seem some of his fellow travelers bought others. Maybe Soros.

But, even children can discern truth from lies. You just cannot fool everyone.

Quite frankly, I'm surprised to see they're teaching any history at all. I guess if you're going to re-write it you have to include a little bit of it.

I read a lot but it's going to be a cold day in Hades before I open another Prentiss-Hall book.

What matters is how kids feel about pictures, not about the facts of history.